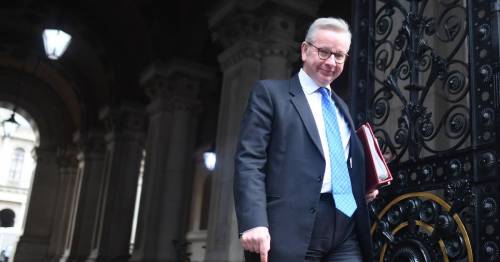 Michael Gove's Cabinet Office has been ordered to hand over documents relating to a secretive system of obstructing requests for public information.

The top Tory's department has been "misleading" about the "Orwellian" unit, a court has found.

A tribunal judge said there had been a "profound lack of transparency about the operation" of the department's "clearing house" for information requests.

The Cabinet Office lost its legal bid to prevent publication of documents about the secretive body after being accused of “blacklisting” Freedom of Information (FOI) requests from journalists and campaigners.

The Clearing House has been accused of blocking the release of politically sensitive information, and circulates a lists of "known journalists" – including Mirror reporters – across Whitehall.

Ruling on a legal challenge brought by news site OpenDemocracy, the judge said the lack of transparency "might appear…to extend to ministers."

An investigation by the group found the secretive Clearing House unit gives advice to other government departments on how to avoid disclosing information.

And documents obtained by the Mirror found requests had been flagged as having been made by journalists.

Official guidance states FOI requests, which can be made by any member of the public, should be ‘applicant blind’.

That means officials aren’t supposed to look up the person asking for information, or change their response as a result.

The department also issues a 'round robin' email to Whitehall departments, giving advice on how to deal with politically sensitive requests.

Tory MP David Davies said the judgement “demonstrates what we have known all along.

The Cabinet Office has failed to meet its obligation in either the letter or the principle of the Freedom of Information Act and has withheld important information about government activity from the public domain.

“This has got to change immediately.”

Labour's Deputy Leader Angela Rayner said: "The Cabinet Office lists one of its own key responsibilities as ‘making the way government works more transparent’, yet as the court’s damning judgement makes clear, Conservative Ministers are determined to undermine accountability and transparency at every turn."

An ICO spokesperson said: “We welcome the decision of the Tribunal”.

The court ordered the Cabinet Office to publish further details of how the Clearing House obstructed the release of information – but they have not yet complied.

A Cabinet Office spokesperson said: “A Clearing House function has existed since 2004 to help ensure there is a consistent approach across government to requests for information which go to a number of different departments or where requests are made for particularly sensitive information."

They added: “We remain committed to transparency and always balance the need to make information available with our legal duty to protect sensitive information.

“In order to be as transparent as possible we have released the vast majority of information that was requested in this case and have already published a considerable amount of information on Clearing House, including a gov.uk page explaining its purpose and remit.”