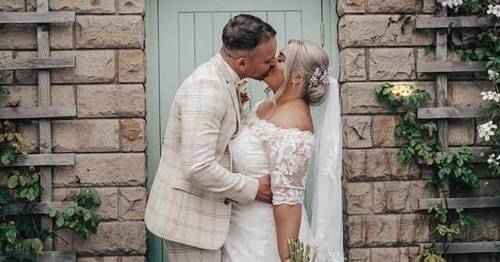 A couple who had their wedding cancelled four times, losing more than £4,500 in costs, due to the Covid pandemic have finally got married.

Mark and Tayler Rae managed to exchange their vows at the Walled Garden in Kincardine, Fife, Scotland, on Saturday following more than a year of disappointing cancellations.

Tayler said: "We are so glad to finally be husband and wife, I didn't think we would ever actually get there so it's amazing to be Mr and Mrs Rae."

The couple had planned to fly out to Jamaica in April 2020 to tie the knot but the flights were cancelled four days before due to Covid. 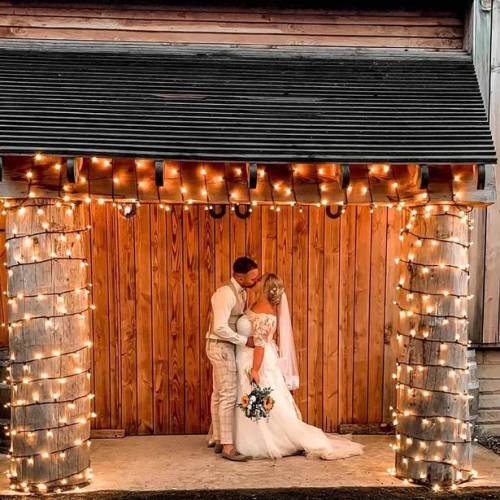 The couple have now exchanged their vows

A second attempt to get married in their hometown of Glasgow weeks later was also cancelled due to the city going into lockdown.

The couple then set their sights on The Shores in Loch Lomond for January this year but were left devastated when the hotel went bust.

Mark, 31, and Tayler, 25, finally managed to have their wedding day last weekend at the Walled Garden surrounded by 30 close friends and family members. 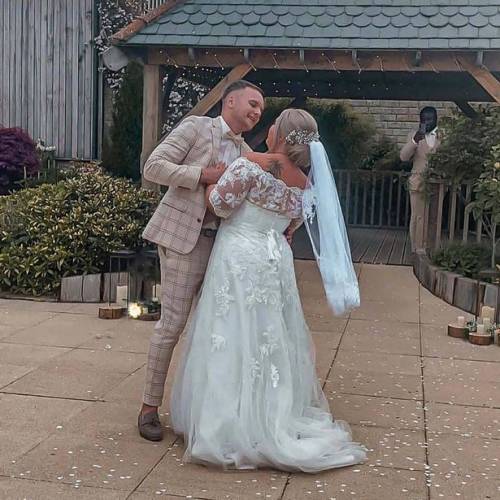 They got married in front of close family and friends

Despite losing £4,500 due to cancellations and having to swap the white sands and palm trees in Jamaica for Scotland, Tayler said their wedding was "perfect".

Speaking today, bride Tayler said: "We got engaged in New York in 2016, we went for my 21st birthday.

"Our original wedding was booked in Jamaica on 2 April 2020, this was cancelled four days before flying out. 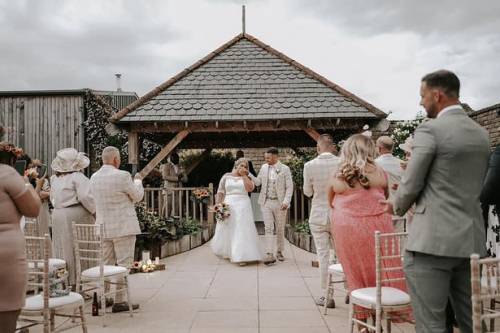 They'd had a year of cancellations because of Covid

"We were able to get a partial refund for this, we were refunded flight and hotel but not what we paid for our wedding.

"We then had an evening reception booked back home for 110 guests on April 25.

"We upgraded this to an all day wedding after Jamaica was cancelled but that was also cancelled when Glasgow went into lockdown.

"We then booked The Shores in Loch Lomond for the 30th of January 2021. 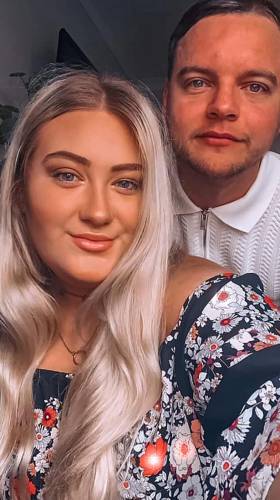 Mark and Tayler said their wedding was perfect

"This company went bust but thankfully we were given a full refund.

"We lost about £2,500 for our wedding package in Jamaica, £1,000 from the home hotel, and then between changing suppliers, wedding favors with the wrong date etc, maybe another £1,000."

Tayler added: "My sister Lauren then found The Walled Garden, we booked this for the 30th of January, then moved to the 24th of April then moved again to our final date of the 5th of June which finally went ahead with 30 of our closest family and friends."

Previous : Woman arrested in Sarah Everard murder investigation faces no further action
Next : Have an Echo device? Amazon may help itself to your Wi-Fi