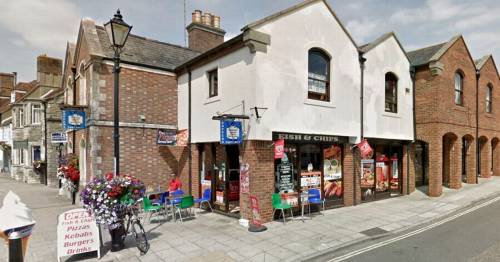 A drunken couple trashed a kebab shop and attacked staff after flying into a rage because the chicken they wanted wasn't on the menu, a court has heard.

Lauren Cooper, 26, hurled a chair out of a window and a table over the counter after being told the eatery was sold out of chicken on the bone.

Staff ducked for cover as furniture flew and cans of drink were lobbed at them by her boyfriend Jimmy Stanley, 29.

Shop owner Muslim Temel was struck on the arm by one of the tins. Stanley also aimed a can of Coke at another worker but thankfully missed.

In their fury the couple also broke the serving hatch being used by the takeaway while eateries were still closed during lockdown on April 23.

They caused more than £1,000 worth of damage to Coppers, a kebab shop in Wareham, Dorset. 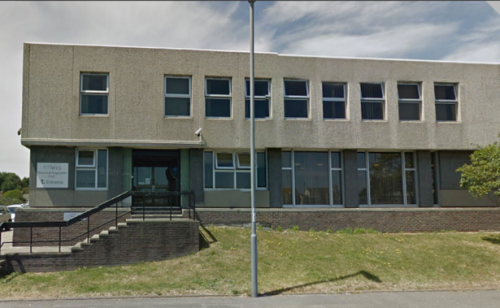 The couple are due to be sentenced later this month

Magistrates heard how the couple wandered into the shop at 9pm after a night of drinking.

Richard Oakley, prosecuting, said: "The two defendants entered the Coppers kebab shop in Wareham to order some food. They were both drunk.

"They wanted chicken on the bone and when they were told there was none, Cooper became antagonised and started throwing stuff off the counter.

"Stanley tried to stop her and the owner came out to see what was going on.

"Cooper started picking up chairs and threw one against a window and caused it to smash.

"Stanley then threw cans at staff members. He entered the staff area and threw a drink and hit the owner, causing an injury.

"He threw a can of Coke at the owner which hit him on the right side.

"They were both interviewed by police and admitted the offences."

Mr Oakley said jars, a bottle and a table were used as 'weapons' and the store owner was lucky it didn't cause a serious injury.

Cooper, of Wareham, pleaded guilty to causing £1,103.99 of damage at the kebab shop, which included damaging a table, chairs, window and window graphic.

Stanley, of Poole, admitted criminal damage – causing damage to stock and a serving hatch at a cost of £103.18 – and assault by beating.

The case was adjourned until later this month for a pre-sentence report and the pair have been bailed with the condition not to enter the kebab shop.