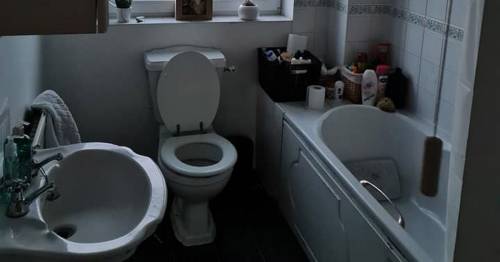 A couple transformed their old bathroom into an incredible modern space in a DIY renovation – saving £1,000 in the process.

Teresa Jakubowska, 36, and her husband, Raf, 40, bought a three-bedroom detached house last year and planned to redecorate it after moving in.

The house was built 24 years ago and Teresa, who works as an accountant, felt the place looked old and outdated.

Particularly, she wanted to give the bathroom a new look and transform it into a contemporary space.

Thanks to work done by Teresa and Raf, as well as her brother Tomek, the bathroom now looks completely different. 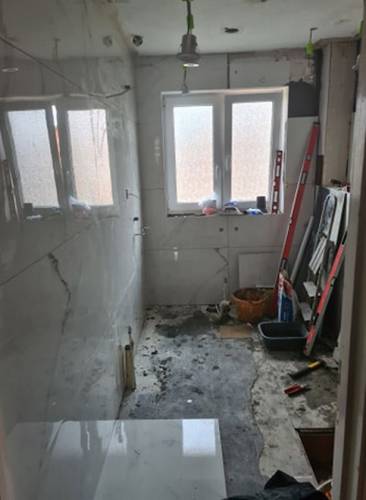 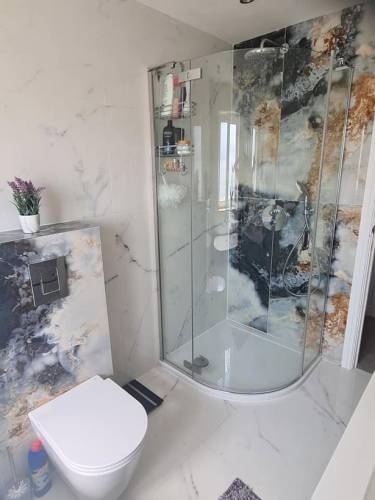 The trio began by knocking down the storage cupboard to make space for a new shower cabin, then installed a new plumbing system and new electrics.

Teresa ordered new tiles and fittings, while Tomek helped her create a layout plan to fit the accessories.

She then sourced equipment from wholesale sellers, scoured for special offers on the internet and purchased display items from stores, which are much cheaper.

Teresa said she saved almost £1,000 in the renovation process.

The entire bathroom transformation took just seven days to complete, costing the couple £3,000 – and they could not be more pleased with the final result.

Teresa said: “My brother did all the work on my bathroom himself with the help of me and my husband. 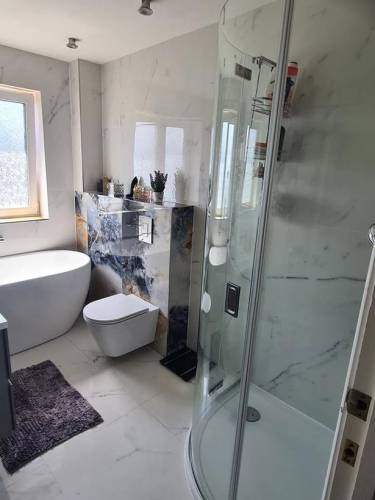 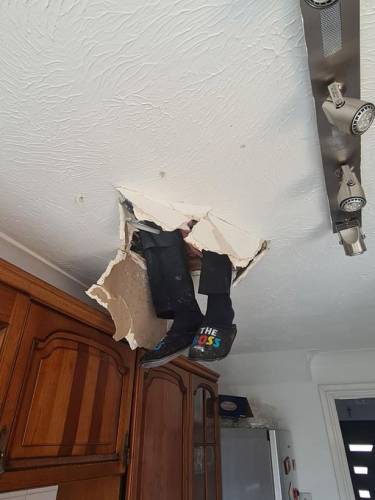 Tomek's legs going through the ceiling as he slipped while installing the plumbing
(Image: Jam Press/Teresa Jakubowska)

“He is a builder abroad and he is very good in his job and the only person I would trust to carry out such a big project.

“It took him seven days to do it all.

"From demolishing the old bathroom to putting in a new plumbing system to re-locate everything, new electrics to tiling and fitting all accessories.

“Tomek helped me plan where everything should be placed and also advised what brands to use and what to avoid."

The woman added: "I've designed the interior and found the tiles and equipment I liked.

"He lives abroad so everything had to be ordered and delivered for him to come over to do this job for us. 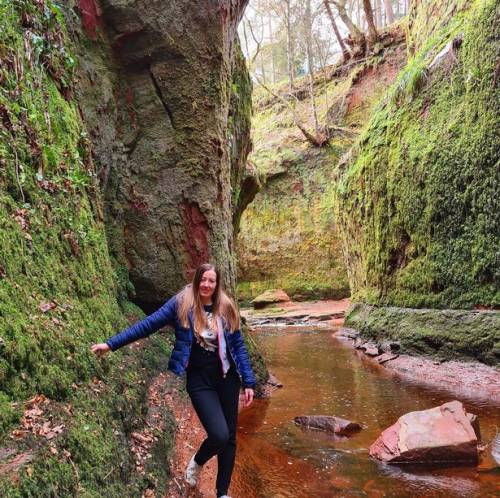 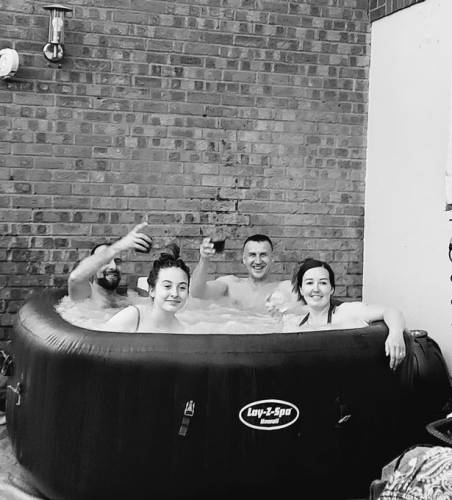 “I saved a lot of money buying equipment from wholesale sellers, finding special offers on the web or ex-display items which are still brand new but a lot cheaper.

“I probably saved about £1,000 just on equipment and tiles by doing so."

However, there were some challenges during the renovation – such as when Tomek's legs went through the ceiling as he slipped while installing the plumbing.

A hilarious shot shows his legs dangling through the hole.

Teresa said: “The famous foot went through the ceiling when my hubby was helping him with something while floorboards were removed to put a new plumbing system in place.

“He slipped off the beam and went through the kitchen ceiling!

“I was in the kitchen preparing lunch for them when he arrived.

“I was shocked but when I heard boys crying with laughter upstairs, I couldn't be angry – I was just glad he was okay.

“I absolutely love the bathroom now and can surely say this is the best bathroom I could have ever asked for.”

Previous : Mum of drowned black boy claims his death would have been probed if he was white
Next : France to host mid-June meeting to gather support for Lebanese army