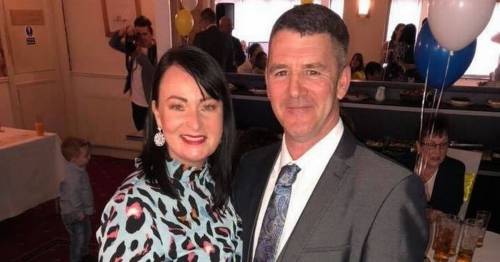 A couple are reeling after receiving a letter demanding repayment of more than £6,000 of benefits they say they never claimed, nor received.

Mr and Mrs Robinson, who wanted to go only by their last names, were shocked to receive a letter from the Department for Work and Pensions saying they owed thousands for Universal Credit overpayments.

The thousands of pounds referenced were supposedly paid out between May and August last year, Leeds Live reported.

The couple insisted they have never claimed them before, and believe they have been the victims of fraudsters who have used their personal details.

But the couple claim when they tried to explain this to the DWP, they were told by the debt management team the debt of £6,153.22 must be paid by December 12 – or it could be taken from them via payroll or bailiffs could be sent to their home.

The couple insisted they have never claimed UC payments before

Mrs Robinson said: "The letter from DWP came out of the blue, at first we thought it was a scam, it was only after we looked into it we realised it was legit."

She claims when they called the DWP they were told their personal information was used for the benefit claims, so they were responsible for the debt – and couldn't see the account into which the benefits were paid.

She claims the DWP told her the claims for Universal Credit stopped when a request for ID was made.

Mr and Mrs Robinson have never claimed Universal Credit in their lives and the letter was the first of its kind they had ever recieved at the home they have lived at for more than 20 years.

She said: "What an absolute joke.

"My husband has been so frustrated and anxious over the situation, we've hardly slept, we feel abandoned.

"It's taken such a toll on daily life, it's all we can think about since receiving the letter, you work all your life then someone takes money off you.

"It would be a weight lifted off our shoulders if we could just speak to someone in the fraud department."

She said the couple phoned the fraud department only to hear an automated response saying the phones were currently unmanned due to coronavirus and to visit the government website.

They were also unable to find an email address and resorted to sending a letter.

Mrs Richardson said: "This is absolutely ridiculous, there has been not one person from the DWP trying to help us, with another obstacle at every turn.

"As long as someone pays the money they aren't bothered.

"My husband has spoken with Citizen’s Advice who are trying to help, we even called the police but were told they can’t help with this matter.

"We are going to contact our local MP to see if they can help, it’s absolutely disgusting the treatment we have received from the DWP."

The Mirror has contacted DWP for comment but the department said they were unable to provide one.