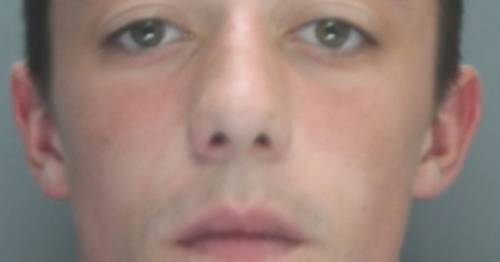 A child rapist described as "cold and calculating" by a judge had his sentence slashed by the Court of Appeal.

Brandon Mullin, now 20, was sent to a young offenders institution for 13 years with an additional three years on licence at Liverpool Crown Court in November, 2021.

However his legal team launched an appeal on the grounds the sentence was unduly harsh, the Liverpool Echo reports.

Lawyers for Mullin argued the boy's own traumatic upbringing and immaturity had not been reflected in the sentence and three years have been knocked from the period of detention.

The judge who passed the original sentence, Garrett Byrne, said the victims of Mullin's abuse had been subjected to the "worst neglect he had ever seen" at the hands of their mum.

Judge Byrne said the two children and their other brothers and sisters grew up in a chaotic and filthy environment without adequate food and clothing, basic hygiene, medical care, any toys or love.

The mum of the victims, who cannot be named to protect the identities of her children, was jailed for 12 years after admitting five counts of child neglect and an additional charge of possessing drugs with intent to supply. All the children have since been taken into care.

The court heard her complete lack of parental oversight meant Mullin, formerly of Kensington, was able to prey on two of the children while still a child himself.

He subjected them to horrendous sexual abuse, including the rape of the boy, and was convicted of 10 sexual offences against them.

During the original sentencing Judge Byrne described Mullin as a "cold and calculated individual" who had no regard for the impact of his actions on his victims and had displayed no remorse for his "wicked deeds".

Brandon Mullin was sent to a young offenders institution for 13 years with an additional three years on licence at Liverpool Crown Court in November, 2021 (file photo)
(

However lawyers for Mullin argued to the Court of Appeal that the boy's own traumatic upbringing and immaturity had not been reflected in the sentence handed down in Liverpool.

She said: "The offending in this case was appalling. The consequence to the victims is severe and long-lasting, but we bear in mind very much, as the learned judge did, that this offending was committed by a child who had been brought up in extremely difficult circumstances, who was thought to lack the maturity even of another 13, 14 or 15-year-old.

"But we accept the submission that the adjustment made for the lack of maturity at the time of the offending and the relatively young age at the time of sentence were not fully reflected in the terms imposed."

The appeal court agreed with Judge Byrne that Mullin was a "dangerous" offender as defined in sentencing law.

This means he will only be eligible for early release after a minimum of two thirds of the period of detention, and then only if a Parole Board deem him a low enough risk to the public.

Mullin was re-sentenced to 10 years detention and an additional four years on licence. He is also subject to a lifetime sexual harm prevention order.

At the sentencing of the victims' mum in October last year, Judge Byrne said while the she didn't "participate" in the abuse, her neglect "led" to it. He told her: "You were rarely there, choosing instead to prioritise your own needs over those of the children."

He added that her neglect meant Mullin "was afforded the opportunity of sexually abusing them ". The judge said: "If your basis of plea is you had no responsibility for that, then I reject it.

"I accept you didn't know about the abuse. But if you exercised greater control… that abuse may not have occurred."

David Polglase, who prosecuted both the mum and Mullin, said agencies and professionals had tried to support her.

However, he said a family support worker noted she was "clever" in "giving out the right signals but then not complying", while the judge observed she would "pay lip service but fail to follow through with action".

The court heard a turning point came when one of her children, a little boy, was found " wandering the street, barefoot, with no coat, in cold weather, in wet clothes and with a wet nappy".

Judge Byrne said the only positive to emerge from the case was that the children were now being looked after by loving, caring foster parents.