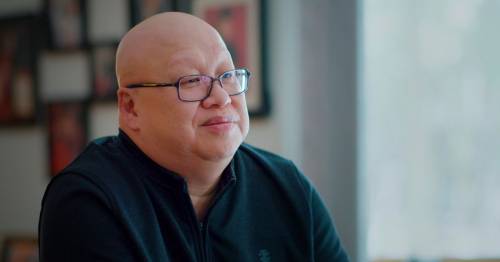 It was hours after the Titanic had plunged beneath the ocean and as ­rescuers did one last sweep with their flashlight across the icy dark waters, they spotted the young man clinging ­desperately to a floating wooden door.

Barely hanging on to life, Fang Lang was among the last survivors to be pulled from the frozen seas following the tragedy in which 1,500 perished.

The 17-year-old boy was one of eight third-class Chinese passengers who were aboard the luxury steamship when it struck an iceberg midway through its maiden voyage to New York, in the early hours of April 15, 1912.

But while the fate of the Titanic’s richest passengers, such as “The Unsinkable” Molly Brown and John Jacob Astor, one of the wealthiest men in the world, has filled history books and fascinated film fans, the stories of many of the ship’s other ­travellers quickly sank without trace.

Ah Lam, Fang Lang, Len Lam, Cheong Foo, Chang Chip, Ling Hee, Lee Bing and Lee Ling – mariners believed to have been heading to the Caribbean for work – had been crammed with other third-class passengers in steerage, in the bowels of the huge liner. 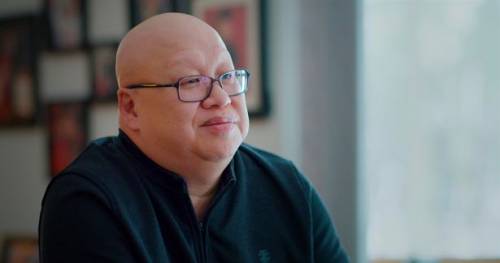 Two of the Chinese men drowned but five of the others managed to escape on to lifeboats. The sixth, Fang, had grabbed hold of debris and was moments from freezing to death when he was rescued after just one of those ­lifeboats turned back to search for survivors.

The way the teenager was found, shivering in the darkness as he clung on to the floating door in the freezing waters, went on to inspire a famous scene in the 1997 Hollywood ­blockbuster Titanic.

Director James Cameron ended up cutting the original character based on Fang but used his rescue to inspire the tragic moment Leonardo DiCaprio’s Jack ­sacrifices himself so that Kate ­Winslet’s Rose can survive.

Now, though, a new ­documentary has traced what happened to Fang and the other ­Chinese survivors, and uncovered how, rather than being honoured for having survived peacetime’s deadliest maritime disaster, once they were back on dry land they were vilified and expelled from the US, and later from Britain too. 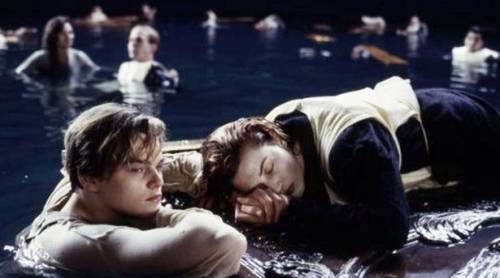 Leonardo DiCaprio and Kate Winslet as Jack and Rose in the film Titanic
(Image: Internet Unknown)

The Six, which has just premiered in China, also tracked down descendants of the survivors, some of whom had no idea their relatives had been aboard the ship because they had never spoken about the disaster.

The names of the eight Chinese ­passengers can still be found on a single third-class ticket, suggesting all the men knew each other and boarded the Titanic in Southampton together.

British film-maker Arthur Jones, along with American historian Steven Schwankert, discovered the men, who were aged between 18 and 37, were heading for Cuba and had been scheduled to board the Annetta, a freighter, in New York once the Titanic docked.

All but one of the eight men, Lee Bing, were single. 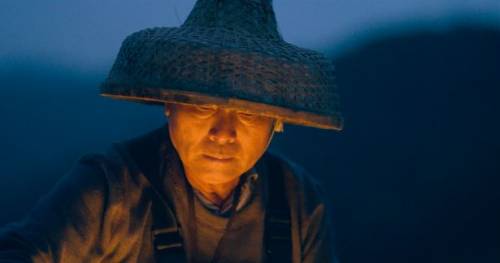 A new documentary exposes the harrowing story of the six Chinese mariners who survived Titanic but were vilified in the press and deported from the US just days after the sinking.
(Image: Handout)

Steven explains: “The reason they were ­travelling on the Titanic in the first place is for work. They were professional mariners.”

The Titanic was four days into its journey when it scraped along the side of the iceberg.

Water began to fill the underwater compartments and less than three hours later the ship had plunged into the sea, taking all but 700 people down with it.

Of the non-British men bunked in steerage, only 20% survived.

It is believed the Chinese sailors may have cheated death because they didn’t understand instructions to stay in their rooms and were therefore able to escape to the lifeboats. 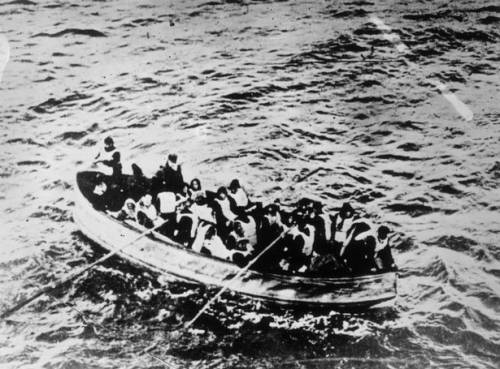 Survivors in a lifeboat in April, 201
(Image: Getty Images)

But unlike other Titanic survivors, the six men were maligned and persecuted once they had arrived safely in New York, due to a strong anti-Chinese sentiment in the West in the early 20th century.

They were also falsely accused of saving their own lives ahead of women and ­children by hiding in the lifeboats.

However records show they tried to help other survivors. After being pulled from the waters, Fang Lang later rowed the lifeboat that rescued him and helped ferry everyone on board to safety.

Little more was known of the men until Jones and Schwankert began their research. 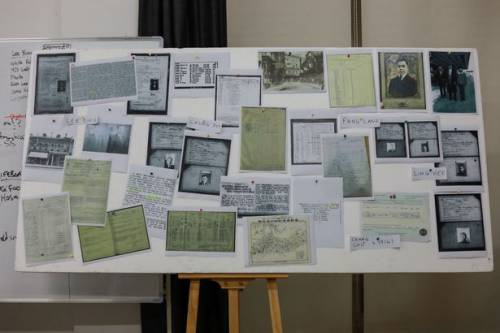 They discovered that within 24 hours of their arrival at the immigration inspection station on New York’s Ellis Island, the men were expelled from the country because of the Chinese Exclusion Act, a controversial law that barred the immigration of Chinese people to the US.

Unlike other survivors, they also received no medical aid. Director Arthur says: “They were not treated humanely. We know they lost close friends on board. Not only did they have to leave in 24 hours, they were held ­overnight in custody.”

They were forced to travel to the Caribbean to work on fruit ships, before heading to the UK because of a shortage of sailors due to men fighting in the First World War.

Chang Chip, 32, became increasingly unwell and passed away from pneumonia in 1914. 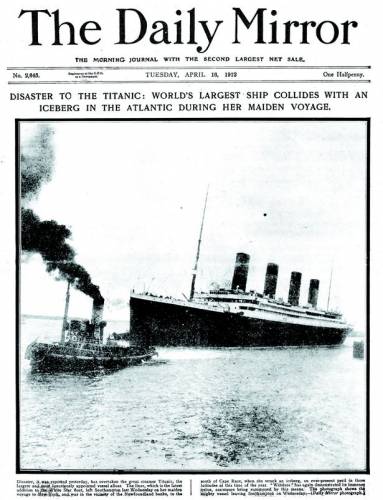 How the Mirror covered the tragedy

He was buried in an unmarked grave in London. The other five worked together in Britain until 1920, with some marrying and having children.

But then in another cruel twist, a new anti-immigrant policy forced them all to leave without notice, leaving their loved ones behind.

Ah Lam was deported to Hong Kong, Ling Hee headed for India while Lee Bing emigrated to Canada. Fang Lang sailed between Britain and Hong Kong for years before becoming a citizen of the country that rejected him – the US.

The film-makers tracked down his ­American-Chinese son, Tom Fong, who was born in Milwaukee, Wisconsin, nearly half a century after the Titanic sinking. 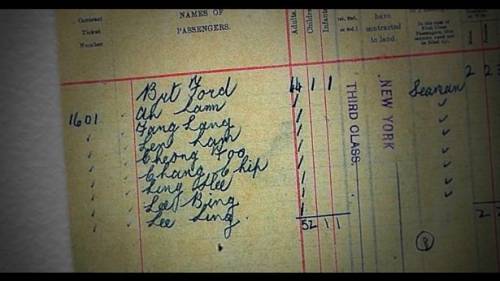 Third-class ticket with names of Chinese on ship

The 59-year-old revealed throughout his childhood his relatives had hinted his father had survived a shipwreck but that he had never spoken about it or even his mother Marie, now 86.

Tom only learned his dad survived the Titanic when a family member mentioned it 20 years after his death.

He says: “I asked my mother. She’d never heard about my father being on this boat and it sinking.”

He thinks his father kept it secret because of the trauma and persecution.

Researchers later found out that Fang wrote to his relatives on Xiachuan, an island in the South China Sea, about the accident, and that one person there has a poem Fang wrote detailing his struggle to stay afloat in the frigid ocean as others cried for help in the darkness around him.

But Tom, who owns a restaurant, hasn’t told anyone about his father until now – for fear people wouldn’t believe him.

He says: “It’s crazy. I never really told anybody. I was afraid to. It’d be like telling someone you were inside of a UFO or had seen aliens. They’d think you were crazy.”

Now, 109 years later, Tom will be able to tell his dad’s incredible story with pride.