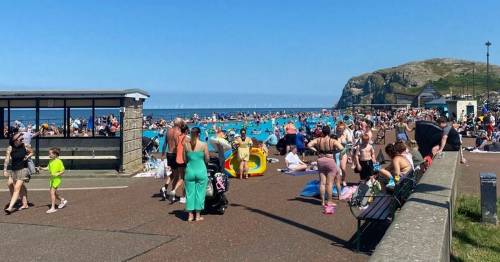 Children have reportedly been "turning blue" while cooling down at paddling pools.

Angry parents complained to Conwy council after legs, trunks and swimming costumes have been dyed a strange hue.

According to North Wales Live blue paint used at pools in Llandudno , Llanfairfechan and Rhos on Sea is to blame as it's melting in the heat.

Parents have been posting images of blue-paint stained swimwear and a few memes involving the Smurfs.

Bryan Mantle was one of the first to raise the issue after he took three children to Llanfairfechan Paddling Pool, which is maintained by Conwy Council and they all left with stained clothes. 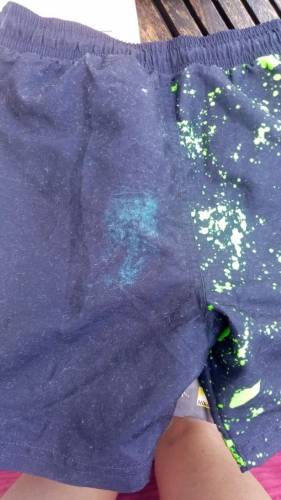 Paint in the pools appeared to melt in the sizzling temperatures
(Image: North Wales Live WS)

Mr Mantle wrote: "Just to warn everyone that the council have decided to use a cheap paint on the local outdoor paddling pool in Llanfairfechan.

"So if your kids go in expect them to come out covered in blue paint, well done CCBC"

Mr Mantle's son's leg which was also covered in paint from the pool. 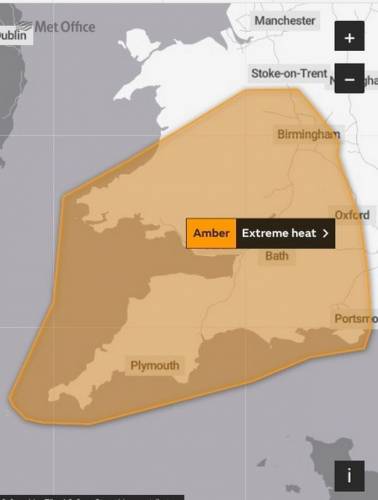 The Met Office issues an extreme heat warning for the south west and parts of Wales
(Image: Met Office)

A woman wrote that her daughter "came out blue".

While another woman said her child's foot was covered in blue paint.

A spokesperson for Conwy County Council said: "Leisure Services have been made aware of the comments and they’ve arranged for the facilities management team to visit the sites and look into the matter further."

Previous : US jobless claims rise to 419,000 from a pandemic low
Next : Mourners line the street for funeral of murdered police officer Julia James