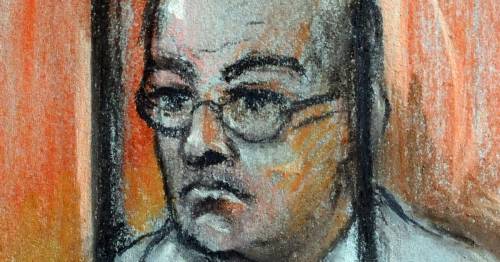 Double child killer Colin Pitchfork thought about sex "a lot" and had a "willingness to seek revenge", his parole hearing was told.

The brutal criminal, 61, was jailed for life in 1988 for the rape and murders of Lynda Mann and Dawn Ashworth, both 15.

But the Parole Board ruled last month that Pitchfork – who calls himself David Thorpe – is now eligible for release.

The murderer – the first to be convicted using DNA evidence – has spent 33 years in prison and was previously denied parole in 2018.

The announcement that Pitchfork could be released was met by anger from some on Monday, with the Justice Secretary urged to act.

Do you have a view on this story? Email webnews@mirror.co.uk. 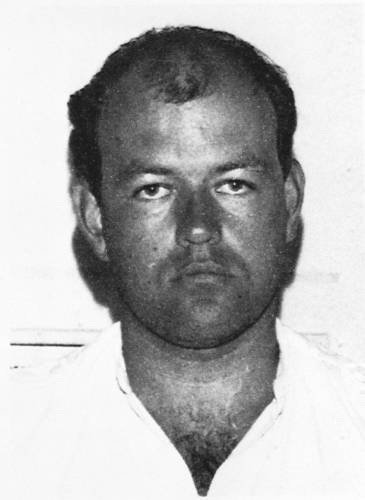 A summary of the decision to let the killer out has been published by the Parole Board.

It said that Pitchfork, "at the time of his offending", displayed a number of "risk factors".

These included "using sex to demonstrate power and control over women", "difficulties in intimate relationships" and "his use of violence".

The document also said that Pitchfork displayed "grievance thinking towards women" and struggled with "feelings of anger".

But it said that the killer's behaviour in custody had been "positive" and he had worked "on his sexual offending, anger management and relationship skills".

Pitchfork was moved to an open prison in 2016, after his life term had been reduced by two years, where his "readiness for release was tested", the summary said.

A parole hearing was then held in March, with a panel ruling late last month that he is eligible to return to the community. 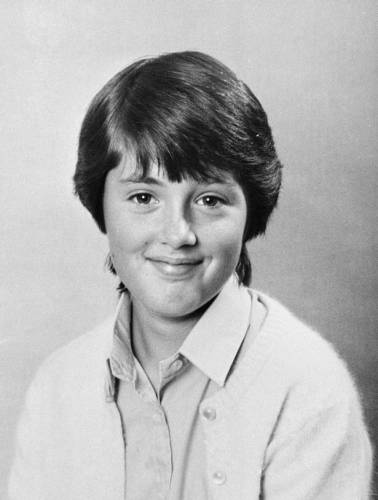 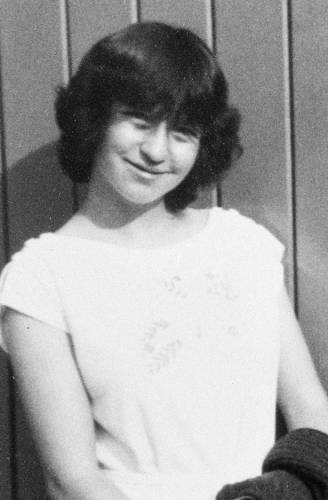 The document concluded: "After considering the circumstances of his offending, the progress made while in custody and the evidence presented at the hearing, the panel was satisfied that Mr Pitchfork was suitable for release."

Pitchfork's release is subject to 35 conditions, including a lie detector test, electronic tagging and restrictions on who he can contact.

The decision to parole him is also provisional for 21 days to allow a period for the Secretary of State to submit a reconsideration application.

This can be done if he deems the decision irrational or procedurally unfair, a statement from the Parole Board added.

A spokesman said: "We can confirm that a panel of the Parole Board has directed the release of Colin Pitchfork following an oral hearing.

"Parole Board decisions are solely focused on what risk a prisoner could represent to the public if released and whether that risk is manageable in the community.

"A panel will carefully examine a huge range of evidence, including details of the original crime, and any evidence of behaviour change, as well as explore the harm done and impact the crime has had on the victims. 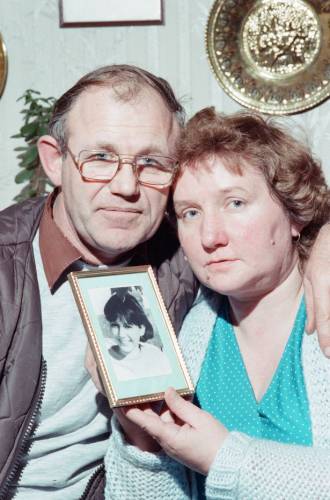 The parents of Lynda Mann, Kath Eastwood and her husband Eddie, pictured in 1988
(Image: Mirrorpix)

"Members read and digest hundreds of pages of evidence and reports in the lead up to an oral hearing.

"Evidence from witnesses including probation officers, psychiatrists and psychologists, officials supervising the offender in prison as well as victim personal statements are then given at the hearing.

"The prisoner and witnesses are then questioned at length during the hearing which often lasts a full day or more.

"Parole reviews are undertaken thoroughly and with extreme care. Protecting the public is our number one priority.

"The decision is provisional for 21 days.

"The Board recognises the pain and anguish victims will go through when an offender is going through a parole review.

"As such, we absolutely welcome input from victims when deciding licence conditions and will consider any requests for additional conditions extremely carefully."

The schoolgirl had left her home to visit a friend and her body was found the next morning on a deserted footpath.

Pitchfork, a baker, struck again less than three years later when he attacked Dawn in July 1986 in nearby Enderby as she walked home.

Her body was found less than a mile from where Lynda was attacked.

Leicestershire Police launched the largest manhunt in its history to find Dawn's murderer.

They asked more than 5,000 local men to volunteer blood or saliva in a bid to match samples taken from the crime scenes. 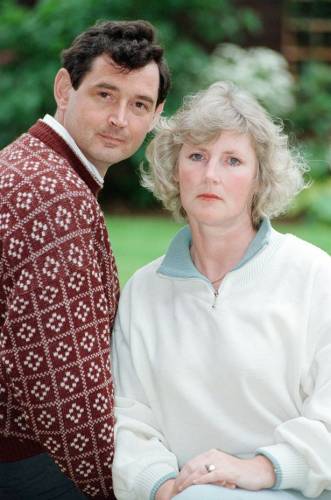 In 1987 a bakery colleague was overheard boasting that he'd received £200 for posing as Pitchfork and giving a sample.

Police were informed and Pitchfork was arrested.

In 1988 he pleaded guilty to the rape and murders of Lynda and Dawn.

Alberto Costa, the MP for South Leicestershire, told the BBC on Monday that Pitchfork should be "kept behind bars for life".

He said: "If Pitchfork had committed these awful offences today against two teenage girls, it's highly unlikely that he would be ever released.

"This man must be kept behind bars for life. That's the only just thing to do in this particular matter."