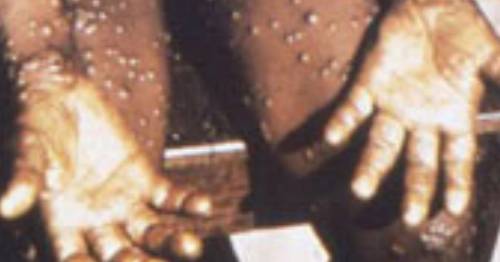 A child is reportedly in intensive care with monkeypox as new cases are being detected daily in Britain.

It was claimed the youngster is being treated in a London hospital.

She added: “We are detecting more cases on a daily basis. I’d like to thank all those coming forward for testing
to sexual health clinics, to GPs and emergency departments.”

A total of 20 infections have been confirmed by the UK Health Security Agency ahead of an update today.

About 145 cases have been identified outside of Central and West Africa where it is most common.

Some 145 cases have been confirmed worldwide
(

That includes Europe, North America and Australia. The virus is usually mild but can be more serious in kids and the vulnerable.

Monkeypox causes a fever, headaches and a blistering rash on the face, hands and feet. It is spread by close contact.

Dr Hopkins added: “The community transmission is largely centred in urban areas and we are predominantly seeing it in individuals who self-identify as gay or bisexual.”

Asked to confirm reports someone is in intensive care with monkeypox, she said: “We don’t confirm individual reports and individual patients.”

The UK is now seeing cases of monkeypox spreading in the community, with the virus usually passed on by close skin-to-skin contact
(

The UK is treating contacts of confirmed cases with a smallpox jab that is effective against the virus.

Dr Hopkins said: “There is no direct vaccine for monkeypox.

"We’re using a form of smallpox vaccine in individuals at high risk of developing symptoms.”

Belgium became the first country to impose a 21-day monkeypox quarantine yesterday after recording three cases linked to a festival in Antwerp.

Pox viruses are oval shaped and have double-strand DNA
(

And high-risk contacts of patients in Britain could be required to isolate for three weeks, health chiefs said.

The current strain has a fatality rate of about 1%.

It tends to spread only among those with symptoms, making it simpler to control than coronavirus.

It comes as it was revealed British scientists warned of our vulnerability to monkeypox three years ago, saying it could fill the void left by smallpox.