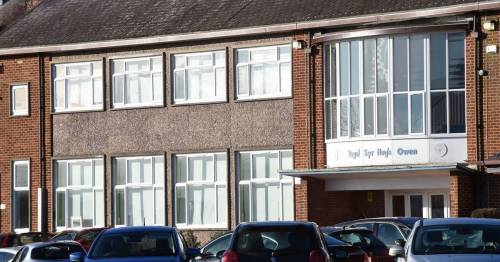 Emergency crews have been called to a secondary school amid reports of a chemical spill.

People in the area said emergency services arrived earlier this morning, amid reports of a spillage of chemicals at the school.

Pupils were removed from the building, North Wales Live reports.

The incident unfolded shortly before 11.30am, but in an update this afternoon authorities said it was quickly contained.

A police spokesperson said: "North Wales Police received reports of a chemical release at just after 11.50am.

"Officers have attended to assist with traffic management whilst the scene is being commanded by the fire service."

North Wales Fire and Rescue Service have confirmed they were called to the school at 11.26am to reports of a "chemical spill" but this was contained.

A NWFRS spokesperson said: "We were called to the school at 11.26 to reports of a chemical spill – however, the chemical had been made safe by school staff prior to our arrival and no further action was required.

"Advice was issued by fire staff to personel on site."

Ambulance services officials were unable to provide any detail about the incident.

Previous : Russian Ambassador covered in blood red paint as protesters chant ‘fascists’ – World News
Next : Adorable dog who is ‘absolutely full of love and kisses’ crying out for new home