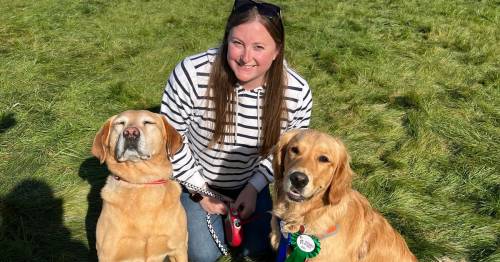 Chelsea crash: Woman killed alongside her dogs after being hit by car named

A woman killed alongside her three dogs after being struck by a car has been named as Olivia Riley.

The 41-year-old, from Suffolk, was pronounced dead at the scene following the collision in Chelsea, west London, on Saturday morning.

She has been formally identified by police.

The driver of the car, a man aged 26, was arrested on suspicion of causing death by dangerous driving.

Met Police officers responded to reports of the crash in Cheyne Walk at 6.21am, attending with paramedics from the London Ambulance Service.

It appears Olivia had been walking her three golden retrievers when she was hit by the Audi car.

The pets also all died.

Police at the scene of the tragedy on Saturday morning
(

The driver was found with minor injuries.

One person wrote on Twitter soon after the incident: "I drove past this just after it happened.

"Absolutely awful scene – traffic lights mangled and three dead dogs in the road. There was damage to multiple cars."

The woman's next of kin have been notified and are being supported by specialist officers.

Photos showed a cordon blocking off the area while red blankets were covering up the dogs, and a blue crime scene tent was also in place.

Anyone who witnessed the collision, particularly anyone who captured it on a dash-cam or other camera, should call 101, providing the reference 1500/14MAY.

Information can also be provided to Crimestoppers, anonymously, by calling 0800 555 111.