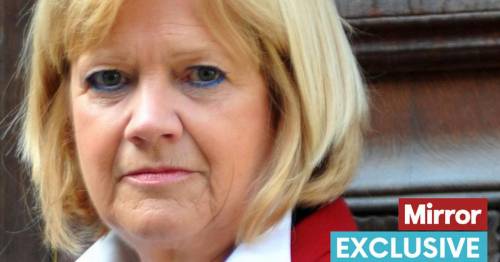 Boris Johnson is being asked to sign off new terms of reference for the Covid public inquiry to take in partygate.

Inquiry chair Heather Hallett wants the PM to add the word “enforcement” to the terms of reference of the probe now only listed as “legislative and regulatory control.”

That will allow the baroness to look into the police investigation into No10 lockdown parties which last week reached 100 fixed penalties.

A source on Baroness Hallett’s team said she wants to determine whether “actions influenced public behaviour.”

A consultation on the form the inquiry should take received 20,000 replies from individuals and organisations with many expressing anger over partygate.

Groups representing families who lost loved ones to Covid will especially want to vent their fury.

Baroness Hallett told the PM: “The consultation revealed areas where the terms of reference could be improved.”

An inquiry spokesperson added: “Once we start, people will be able to apply for core participant status and bereavement groups will be part of that.”

Baroness Hallett also wants to investigate whether the police response to protests during lockdowns was proportionate.

She will also probe claims that ethnic rule breakers were more likely to receive fines than warnings and were subject to more stop and searches.

The aim is to broaden the inquiry to find out how the pandemic affected different groups – particularly the wellbeing of children during lockdowns.

The inquiry spokesperson added: “The recommended changes reflect the depth of feeling from frontline workers to Long Covid sufferers.

“This is about honouring what happened to these people.”

Baroness Hallett wants the PM to approve her revised terms of reference quickly so preparations can get under way for the inquiry to begin public hearings by Spring next year.

Jo Goodman of Covid Bereaved Families for Justice said: “One year on from the inquiry being announced the prime minister has no excuse to delay things any further.”

But the PM will only say: “We will publish the inquiry’s final terms of reference in due course.”

Previous : ‘Give mums and dads a break and let children play in their garden’ – Vikki White
Next : Oil giants’ profits for three months would be enough to give every household £450