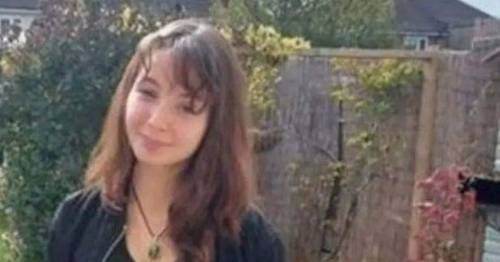 CCTV of last known sighting of missing girl, 15, who vanished two weeks ago

CCTV footage of the last known sighting of a "vulnerable" teenage girl who has been missing for two weeks has been released by police.

The teen, known as Madison or Maddie, left her foster parents home in Bristol, saying she was going to the shops on April 26 and has not been seen since.

Avon and Somerset Police released the CCTV footage as they step up their appeal to locate her.

The video is of her feet and was recorded at 2:43pm on Stanton Road, in the Southmead area of the city.

Police say they will also be going door to door to ask residents if they know Maddie or have seen her, while leaflets will also be distributed.

Madison has been missing since April 26
(

Maddie was described as white, about 5ft tall and of an average build with shoulder-length brown hair.

She has been known to use social media to meet people who can give her a place to stay or money – in the past having been found with men in hotels.

She has never been missing for this long though, according to Detective Inspector Laura Miller.

She said: "We are really concerned for her safety because she is probably likely to be with someone taking advantage of her.

"She is a child, and she's vulnerable. Our working theory is that she is likely to be with somebody, whether that is of her own free will, or not, we don't know.

"However, we haven't been able to find her and that's the really concerning thing."

Det Insp Stuart Toms of Avon and Somerset Police added: "Maddie is a vulnerable teenage girl who is at risk of being exploited and we urgently need the public’s help to locate her and make sure she’s OK.

"Maddie – if you see this please let someone know you’re safe and well. Your family, foster parents and friends are worried about you.

“Maddie is very active on social media but she changes her accounts frequently.

"As well as appealing to anyone who might see Maddie to contact us, we’re also keen to hear from anyone who sees her online to get in touch.”

Those who have information about her whereabouts or spot her online are asked to call 101, quoting the same reference number.

Previous : Emmerdale fans ‘work out’ who takes gun and who ‘dies in case of mistaken identity’
Next : Soiled nappies saved from landfill and used to create UK roads and insulate homes