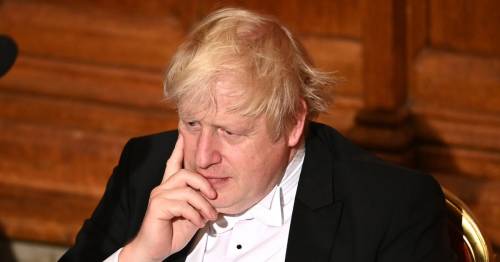 MPs voted the "con" reform by 272 votes to 246 – a majority of just 26 – in a move that will leave poorer homeowners in the North worse off.

Only minutes before the vote, some Tories were quaffing champagne with millionaire donors, who paid up to £15,000 for a table at the party's winter fundraising ball in London.

Ministers were given strict instructions by whips to dash back to Westminster in plenty of time amid fears the revolt could be worse than expected.

The architect of the care cap, Sir Andrew Dilnot, said the change will leave some poorer pensioners facing "catastrophic" costs.

He told MPs six in 10 elderly people needing residential care will be less well-off than expected.

The Prime Minister added detail into his cap on care costs that will affect those with less than £186,000 in assets, last week.

Liz Kendall, Shadow Minister for Social Care said Tories broke their promises that no one would have to sell their home to pay for care.

"Instead they voted to tax ordinary working people, while the wealthiest in our country are unaffected.

One 'red wall' Tory MP had suggested before the vote that up to 20 Tories could rebel against the changes to the care cap, branded an "inheritance tax on the North".

The new changes to social care means it will take longer for people on lower incomes who receive state help to reach the new £86,000 cap on lifetime care costs.

That is because only the amount they personally pay, not the state assistance they receive, will count towards the cap.

Homeowners with high care needs but less expensive property – such as in parts of the North – are expected to be hit with higher costs, while those with pricier homes will be unaffected.

He said the package as a whole “improves the provision of social care and makes fairer the way that it’s paid for, and removes some injustices that have existed in the system for far too long”.

Sir Andrew Dilnot said he was disappointed with the reforms

Mr Hollinrake said: "Some of the measures he’s brought forward are more generous than previously proposed, but there is no doubt that the way the cap works for those with more modest assets, it is less generous.”

Former health secretary Jeremy Hunt had urged colleagues to back the funding changes despite describing parts of the plan as “a really big disappointment” and “stingy".

Ahead of the vote, Mr Hunt, who chairs the Health Committee said: "I feel conflicted by new clause 49 because I think that what we will end up with after this is a whole lot better for people on low incomes than what we had before because the means-test threshold is raised from £23,000 to £100,000 so I think that is a very, very significant improvement.”

He added: “My concern is that when it comes to social care, our entire debate is focusing on what contributions do and don’t contribute to the cap, when the fundamental problem in social care is the core funding to local authorities.”

Earlier, Mr Johnson insisted his plan will help tackle a "long standing social injustice" over the cost of providing care.

After a speech to business leaders, he said: "We are finally tackling a problem that has bedevilled this country for many, many years."

No 10 said it would not change course on the cap plan, which will save the Government £900m a year, despite the backlash from Tory MPs.

“We will continue to listen to views put forward by people who are invested in this policy," the PM's spokesman said.

"But we continue to believe that this is a system that is necessary, fair and responsible."

Tory former chief whip Mark Harper said he would vote against the plan, adding: "It potentially disadvantages the less well off and those of working age with life long conditions."

And Tory ex-pensions minister Ros Altmann revealed that when she first heard about the cap changes, she thought: "Oh my goodness, this is just about helping the very well off."

"That’s how it came across to me, protecting those who’ve got plenty of wealth," she added.

Shadow health secretary Jonathan Ashworth said: “If you live in a £1m house, perhaps in the home counties, 90% of your assets will be protected if you need social care.

"But if you live in a £80,000 terraced house in Hartlepool or Mansfield or Wigan, for example, you lose nearly everything.

“That is not fair. That is not levelling up. That’s daylight robbery.”