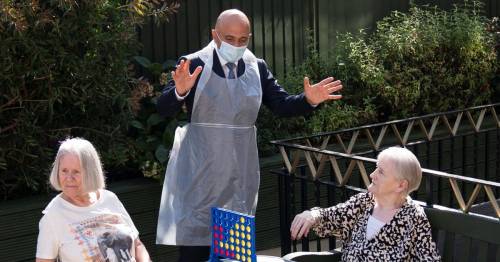 The Tories’ care costs U-turn will hit England’s poorest pensioners with “catastrophe”, the architect of the original changes has warned.

Sir Andrew Dilnot, who drew up plans for a care cap several years ago, said changes to his plan will hit those with fewer assets hard.

It comes as Tory MPs prepare to stage a revolt tonight over the changes, which were announced last week to save the government £900m a year.

Branded an “inheritance tax on the north”, the changes will make it harder for poorer people to reach an £86,000 cap on lifetime care costs.

That is because for those who get state funding – when they have less than £100k in assets – only the amount they actually pay themselves will count towards the £86,000 cap.

Originally, the system would have been more generous and counted the state help they get as well, so they’re not waiting several years to reach the cap.

Sir Andrew told BBC Radio 4’s Today programme his original plans – which most people assumed would happen until last week – would have given those people “much more protection”.

He said: “I don’t think it addresses the catastrophic costs for less well-off people.

“Less well off people, still if this amendment is passed, would face real catastrophe if they were one of the minority who face very large care costs.”

The cap was announced in September as part of Boris Johnson ’s long-awaited social care plan for England.

People will not have to pay more than £86,000 for care over their lifetime, regardless of wealth.

This cap will apply to care payments made after October 2023, so the first residents will hit the cap in around Autumn 2025.

At the same time, more people will be eligible for state help to fund care.

The changes are being funded through a £12bn-a-year National Insurance hike. But just £5.4bn across the first three years is going on care with the rest going on the NHS .

Previous : New homes will be forced to include electric car charge points from next year
Next : Man and woman found murdered in house alongside two unharmed small children