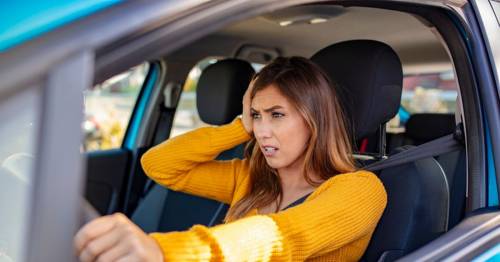 Motor insurance costs have already risen by more than £100 as insurers look to claw back profits lost from new regulations.

New rules to end the controversial “loyalty penalty” for car and home insurance customers came in on January 1.

The term “loyalty penalty” is used to describe price increases for customers who stick with the same insurance provider year after year and don’t shop around.

This led to insurers offering cheaper deals to entice new customers, leaving loyal customers paying over the odds for sticking with the same insurance company.

The new measures – first announced back in May 2021 – will put an end to this and should, in effect, mean existing policy holders won’t be more than new customers.

But many insurers have already reacted by increasing rates for new customers as soon as the rules came in on New Years Day.

Drivers are set for higher costs for new policies
(

On 31 December, The Mirror got several quotes for a fictional 35-year-old driver's Vauxhall Corsa.

The cheapest quote, from Hastings, cost just £628 a year.

But the same driver buying the same cover for the same car on the morning of New Years Day, 24 hours later, would pay at least £100 more.

Last month Sarah Coles, personal finance expert at Hargreaves Lansdown, told The Mirror: "This will effectively kill off the practice of ‘price walking’.

"It’s good news for those who stick with one provider, but it’s likely to mean the end of very cheap deals for those who are prepared to keep switching."

But prices rising for new car insurance policies isn't all bad, as it could make buying cover more transparent.

In the past, when car insurance was bought mostly based on price, many insurers cut cover from policies.

This made policies look cheaper, but actually reduced what they would pay out for.

It also led to insurers charging less for the main car insurance policy, but charging extra for 'optional' add-on cover that used to be included as standard, like replacing lost keys.

The new rules mean insurers can charge more for new policies, which could mean an end to sneaky hidden fees.

How to get cheaper car insurance

MoneySavingExpert says 23 days before your car insurance is due to expire is the prime time to find the cheapest deals.

For home insurance, you should be checking 21 days before.

If your household has more than one car, you should check if a multicar deal could save you cash.

Legitimately tweaking your job title on your car insurance policy could also lower your costs – as long as the job title you pick can accurately be used to describe your job.

You can’t outright lie about your job title as you could risk being accused of fraud and having your insurance invalidated.

Finally, you should also see if you'd be eligible for cashback on your car or home insurance on sites such as Topcashback and Quidco.

If you're happy with your current insurance provider, you can still try haggling for a lower price.

Check if there are cheaper deals out there, then call your provider up and ask if they can match it.