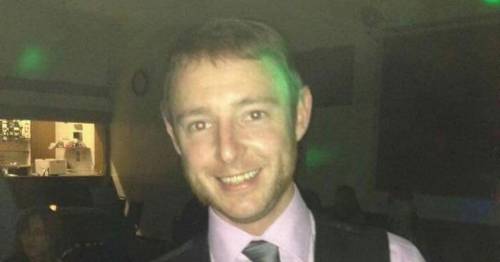 Cancer survivor, 35, killed by truck after crawling into its path following crash

A brave cancer survivor died when he was hit by a truck after crawling into its path following a road crash, an inquest heard.

Ciaran Michael Murray was killed in the horrific double crash on the A55 in Anglesey, north Wales.

The 35-year-old, who successfully battled with Hodgkins Lymphoma five years ago, drove into a road sign at high speed – and wasn't wearing a seatbelt.

An inquest into his death heard how he was then hit by an HGV after several witnesses saw him scrambling across the carriageway and into the path of oncoming traffic.

Several of the witnesses pulled over in an attempt to help the man before the HGV struck him.

The large vehicle was being driven by Eamon Mallon, who could do nothing to avoid him, the hearing was told.

Collisions expert Emma Dainty said that Mr Mallon had "insufficient time and distance to avoid the collision" after breaking and changing lanes.

Ms Dainty said: "Mr Murray wasn't wearing a seatbelt and there was a bullseye crack in windscreen, potentially consistent with a head injury. He was either thrown from vehicle or climbed out. 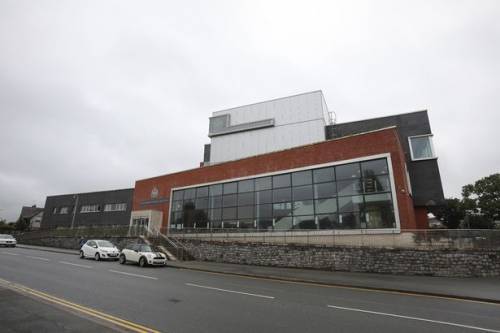 "There is no evidence to suggest that he tried to brake or avoid the collision with the road sign.

"Witnesses say they saw him crawl across the road on hands and knees.

"He may have been disorientated and confused and thought he was crawling towards safety as his car was facing other way.

"Mr Mallon had insufficient time and distance to avoid the collision – he was travelling at 57mph, he braked and he changed lanes.

"For unknown reasons Mr Murray did not react appropriately to the sign and then crawled along the carriageway, both collisions were therefore avoidable."

Dr Mark Atkinson carried out the postmortem and said: "Mr Murray sustained extensive injuries compatible with being run over by a vehicle.

"He had a massive head injury – the injuries were so massive in the second collision that it was impossible to deduce what happened in the first collision from my examination.

"From what I have heard here today it sounds like the first was a high speed impact into the sign and there was no evidence that he was wearing seatbelt.

"It is therefore inevitable that he sustained severe injuries in the first collision to the point where he was barely surviving rather than making decisions. The second impact was destructive."

"He was either thrown or made his way out of the vehicle and it is not known what, if any, significant injuries he sustained in the first collision.

"He then crawled across the carriageway in to the path of an oncoming HGV, causing fatal injuries."

She concluded that he died as a result of multiple injuries sustained in both collisions.

During the inquest, a statement was read out by Mr Murray's father, Declan Murray, describing him as a "sensitive and loving man" who would "never see anyone go without."

Previous : Sixth-generation company reinvents itself during pandemic: Made in America
Next : As Cuba begins handing out sentences to protesters, some families left in the dark