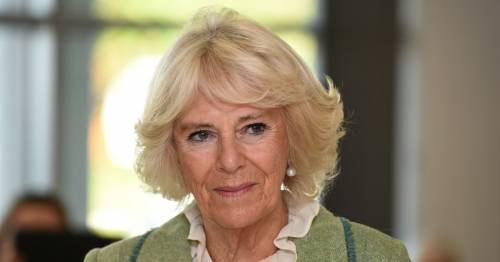 Camilla, the Duchess of Cornwall, is known for her witty comments and funny remarks at public engagements, and her Vogue photo shoot debut was no different.

The future Queen Consort sat down with the iconic fashion bible for a piece ahead of her 75th birthday.

But when the magazine's head of photography Jamie Hawkesworth arrived at Clarence House, she shook his hands and joked: "Sorry you’ve got to photograph an old bat this morning".

The stunning photos were taken around Charles and Camilla's London home, with one showing her in the Garden Room reading a book while another sees her in the garden looking out from behind a tree.

Vogue's writer Giles Hattersley also notes that a snap of Meghan Markle and Prince Harry on their wedding sits in the "primo spot upfront" in their photo collection.

During the chat, she also chatted about her marriage to Prince Charles and how they ensure they get quality time together amid their busy schedules, describing them as "ships passing in the night".

She revealed they always make sure they sit down at least once during the day with a cup of tea to discuss what they're up to. But she says the "nicest thing" they do is sit and read in different corners of the same room as they just "sit and be together".

The interview comes in a historic year for Camilla, which began with the Queen using her Accession Day message to express her desire for Camilla to become Queen Consort when Charles takes the throne.

And last week the Queen made her a Royal Lady of the Order of the Garter, which say her join Prince William, Charles and Princess Anne in the annual procession at Windsor Castle.

Previous : Camilla gives rare insight into royal life – Wordle, fear for grandkids and Meghan Markle photo
Next : ‘My daughter was sent home from A&E hours before she died – it must not happen again’