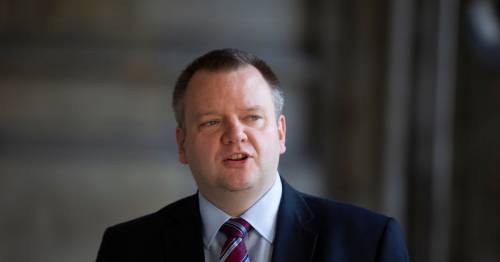 US and EU firms are keeping in place measures to defend their steel sectors – but UK producers fear the Government could water down British defences.

The trade body UK Steel feared relaxing protections could inflict a £150milllion blow on the sector.

Shadow International Trade Secretary Nick Thomas-Symonds challenged ministers over their plans in the Commons and urged them to “take away uncertainty”.

“The clock is ticking for the UK steel sector with just 14 days left for the Secretary of State to make a decision on whether current trade safeguards remain in place,” he said.

“To help ensure that this vital industry can survive for the future, ministers must stop dragging their feet and act urgently to safeguard the steel sector – jobs and livelihoods in our communities are at risk.”

The UK steel safeguard limits the volumes of certain steel products that can be imported into the UK tariff-free.

Quarterly quotas are set for each product and once the limit is reached a 25% tariff is applied.

Easing the measure could allow a new flood of cheap steel into Britain, experts fear.

The Mirror has been campaigning to Save Our Steel since 2015

UK Steel director-general Gareth Stace called on the Government to “once again be bold and extend the steel safeguard until 2024”.

He said: “It is essential that steel safeguard is maintained in its entirety.

“Failure to do so would risk surges in steel imports resulting in significant damage to UK producers – placing jobs, production and investment at risk.

“Unilaterally weakening our steel safeguard when the EU and US are committed to maintaining their own would expose UK producers to the full might of growing, state-induced distortions in the global marketplace and could cause as much as £150million a year in damage.”

Speaking in the Commons, Trade Minister Penny Mordaunt told MPs: “The steel safeguards reconsideration is ongoing and I know that the deadline is looming.”

She added: “We are obviously expecting a decision on that very shortly.

“We very much understand the importance of this to the steel sector.”

The Mirror has been campaigning to Save Our Steel since 2015.

The sector directly employs 33,700 workers and supports another 42,000 posts in supply chains.

It is worth £2.1billion to the UK economy.