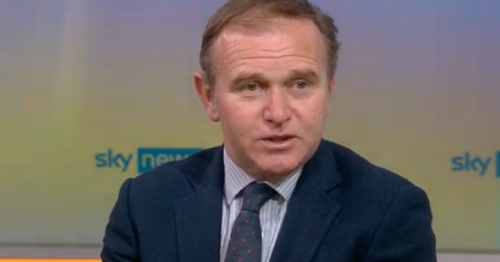 A top Cabinet minister has told Brits to take their holidays in the UK this summer after thousands were caught out travelling to Portugal.

George Eustice said his advice would be "holiday at home" and suggested families go to "very, very busy" Cornwall – despite reports of surging prices and demand.

The Environment Secretary added he has "no intention" of going on holiday abroad this summer himself.

Mr Eustice's comments could bring fresh misery in the travel industry just three weeks after holidays abroad were made legal.

Exhausted Brits hits out overnight as they returned from Portugal – which spent three list on the green list before turning amber – some with only hours to spare. 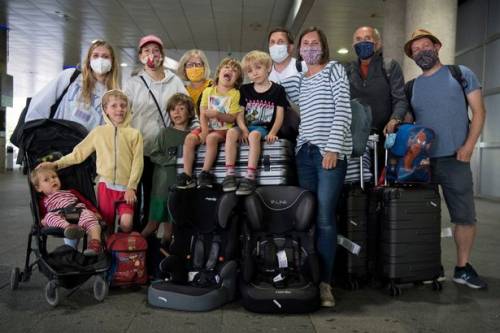 The Webster Family, who live in Beckenham and Chichester, arrived at Gatwick Airport, West Sussex, on a flight from Faro
(Image: PA)

Anyone returning from Portugal to the UK from 4am today must quarantine at home for up to 10 days upon their arrival.

Huge queues had been forming in airports in Portugal over the weekend after the change in status was announced with three and a half days' grace.

One returning Brit, Bob Wallis, said the Government's change in the rules left him feeling "ashamed to be British".

"We were lucky. People arrived a day after us and they can't get back," said Mr Wallis after his two-week holiday with wife Christine. 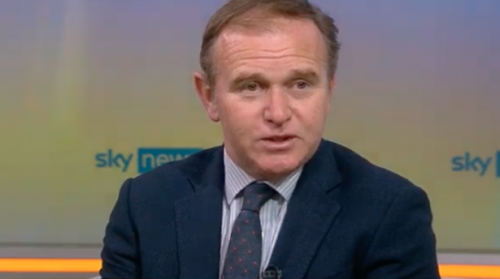 With fears for the travel industry, ministers have often tried to stop short of directly telling Brits not to travel abroad.

Instead they have tended to skirt round the topic, with Health Secretary Matt Hancock suggesting there'll be a "great British summer".

But Mr Eustice told Sky News: “I will be staying at home, I’ve no intention of travelling or going on holiday abroad this summer.

“Some people may, but they have to understand there are obviously risks in doing so, because it is a dynamic situation.

“But I think most people will probably decide this year to holiday at home.

“We’ve got some fabulous places to visit in this part of the country, not least of course Cornwall, where there will be a very very busy summer I’m sure.

“My advice to people would be holiday at home, we’ve got some great places here.

“There aren’t many countries that are on that red list.

“But obviously some people will want to travel abroad. There are still a small number of countries on that green list. If they want to do that, they can. But obviously understand there are risks in doing so as well.” 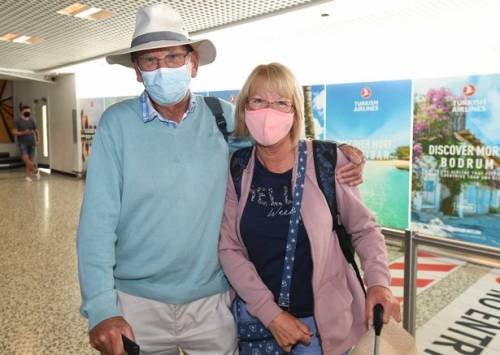 Andrew and Lyn Ball pose for a photo after landing at Birmingham Airport on a flight from Madeira
(Image: Darren Quinton/Birmingham Live)

Jacqueline Leonard, from Stechford, returned to Britain today following her break in Madeira.

She told reporters: "Them putting it onto an amber, I think, is atrocious.

"They [Portugal] are trying to establish themselves and get things up and running again but they're being forced to stop again, everyone else can go, but the English can't go.

"It's a shame really, it's a lovely island and such a lot to do there, people are going to miss out. It's really safe, everything is top notch really."