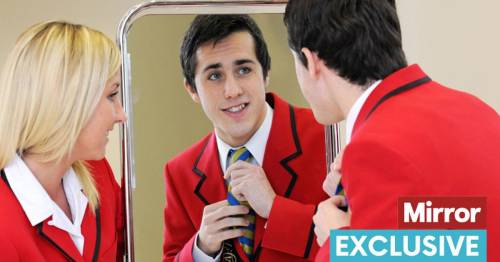 Butlin’s has ended a decades-long ban on staff tattoos in a bid to attract new staff.

The holiday giant’s Redcoats and the rest of its 3,000-strong workforce had been banned from displaying any ink
so were forced to hide any body art under their uniforms.

But the firm is keen to recruit more staff so has relaxed the rule now that one in five Brits is inked.

Facial tattoos and “offensive” etchings will remain banned under the new grooming policy.

Insiders at the firm say a post-Covid staffing shortage has forced the shift.

“For that reason, providing they can’t be classed as offensive and aren’t on your face, we welcome tattoos regardless of which area you work.”

One insider says the ban on visible body art has been a “bone of contention” for years. He said: “Those in customer- facing roles such as bar staff and waiters have had to cover tattoos with long sleeves or gloves.

"The feeling was that if you were serving drinks or food and had your kids’ names or favourite football team tattooed on your arms and hands it was not seen as attractive.

“It’s a sign of their desperation to recruit new staff they are rolling back a policy that has been there for decades.”

The first Butlin’s was opened in Skegness, Lincs, by Billy Butlin in 1936.

At its height, Butlin’s had 10 holiday camps and entertained a million visitors a year with knobbly knee competitions and glamorous granny contests.

Butlin’s said the policy was not “a newly revised position”, and added: “All team members are welcome to have and display tattoos.”

In 2018 London’s Met Police axed a rule barring recruits from having body art to bring it into line with other forces.