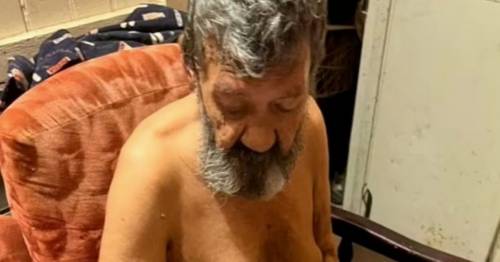 Detectives are reviewing the murder of a woman 52 years ago after one of her killers finally revealed where he buried her body.

Metropolitan Police officers are ­investigating the location of Muriel McKay’s remains after Nizamodeen Hosein identified the site of her grave.

Hosein, 75, said he disposed of Mrs McKay, 55, on the farm where he held her captive after abducting her as part of a bungled blackmail plot.

His older brother Arthur and Hosein mistook her for the wife of media tycoon Rupert Murdoch.

They had followed Mr Murdoch’s ­chauffeur-driven Rolls-Royce in December 1969, unaware he had lent it to Alick McKay, his UK deputy.

Nizamodeen Hosein has now revealed the site where McKay was buried

The pair demanded a £1million ransom after taking her from her home in Wimbledon, South West London.

Her body was never found and it was suspected she was fed to pigs on the 11-acre farm in Stocking Pelham, Herts, owned by Trinidad-born Arthur.

Hosein, then 21, has told her family she collapsed and died while watching the news. He said her body was buried at the farm where she was held. The brothers were sentenced to life at the Old Bailey for her kidnap and murder.

The farm where Muriel McKay was kept after being kidnapped

The conviction in 1970 is thought to be the first obtained without a body.

Documentary makers last year tracked Hosein to Trinidad, where he was deported after spending 20 years in jail. Arthur died in prison in 2009.

Hosein told a barrister hired by the McKay family he wanted “closure” before he died and “met his maker”.

Her daughter, Dianne, 81, said: “I’ve been haunted by this. It is a relief to think we may get her back soon and she died ­relatively quickly.

“Nizam told us there was no physical violence, she was not tied up and was sitting beside him in the back seat of the car and spoke with him on the long journey to the farm.

“It’s very reassuring as I have spent all these years with a feeling of horror about what happened.

“To be taken from her home was bad enough but to imagine they had been cruel or violent has just been horrible.”

Scotland Yard said: “Officers from the specialist crime command have met the family and are reviewing the material.”