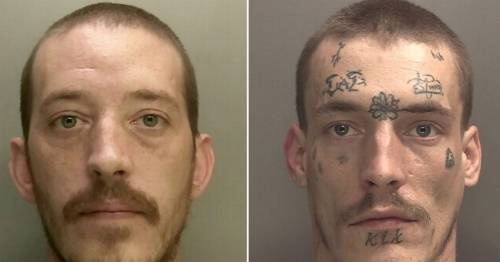 Two brothers who killed their younger sibling after hunting him down and stabbing him through an open car window have been jailed.

David Rogers, 33, and his 30-year-old brother Samuel drove to Birmingham to find Thomas to carry out a revenge attack before he was found slumped on a roadside on August 22.

Birmingham Crown Court heard Thomas had fallen out with his brothers before he moved with his mum to Newcastle had threatened to 'kill' David in the weeks before his murder.

In July last year Thomas moved to Birmingham and there was an incident when Samuel, who lived in Mansfield, had his windows smashed at his home.

David and Samuel tracked down Thomas in an Astra and they pulled up and stopped in front of the car, Birmingham Live reports.

Thomas Rogers was stabbed to death by his older brothers
(

Jurors heard David and Samuel, who were both armed with knives, and another man got out of their vehicle.

He was left helpless in the street with his heart pierced by the blade.

He was placed into an ambulance but despite the best efforts of medics, he suffered a cardiac arrest and paramedics were unable to revive him.

David was convicted of murder and jailed for life
(

Samuel was jailed for nine years for his brother's manslaughter
(

David was said to have called his mum minutes after the stabbing to tell her he had "sorted it" and Thomas would be back in prison after he got "off his hospital bed".

But when he discovered he had died of his injury, the court heard David was "in bits, repeatedly slapping his leg, crying and wailing".

He was found guilty of murder and jailed for life with a minimum term of 18 years.

While Samuel, from Sutton-in-Ashfield, Nottinghamshire, was cleared of murder but found guilty of manslaughter and jailed for nine years.

Sentencing Judge Melbourne Inman QC told David: "You are brothers and the victim was your younger brother. He was only 26-years-old when he was killed with much of his life before him.

"The court has heard the devastating effect on your mother. It is difficult for anyone to understand the impact when her son is unlawfully killed – and knowing he lost his life at the hands of her other two sons."

The judge noted Samuel, a dad-of-four, did not hold the weapon that killed his brother.

"It is clear from the specific questions the jury asked that you agreed to help David attack Thomas," he said.

"You know he had a knife and you were also armed with a knife.

"You anticipated and prepared for a violent attack on Thomas. You did not intend to kill or cause serious injury to Thomas."

Det Insp Stuart Mobberley, from the police Homicide Team, said: “It took just 30 seconds and one single knife wound to kill, Thomas. And now two people will spend years in prison for their part in this crime.

“When we say there are no winners in knife crime, this could not be truer in case. A mother has lost not just one, but three sons as a result of this heinous crime.”