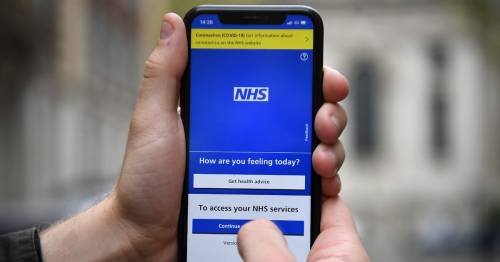 A new app will allow people to access dozens of Government services, from changing a driving licence to getting benefits.

The app will merge the nearly 200 ways people can currently create a Gov.uk account into a single log-in process, the Cabinet Office said, and will allow people to access more than 300 Government services directly.

It said the app would help people access services more easily, instead of having to go through multiple online processes and repeated sign-ins, as well as having to remember multiple usernames and passwords.

Mr Barclay said the new app had been created in response to the pandemic and heightened public expectations for accessing Government services online.

Cabinet Office Minister Steve Barclay is behind the plans
(

The NHS App has gained more than 10 million new users in recent months since becoming the platform for accessing vaccine passports needed for travel.

But holidaymakers expressed fury this week when the app went down, meaning some travellers missed their flights as they could not access their vaccine passports.

Development of the separate Test and Trace app last year – which eventually became the NHS Covid app – was beset by difficulties.

Liberal Democrat MP Sarah Olney told the Mirror: "Given the Government's dodgy record with apps, I doubt many people will be holding their breath on this one.

"Hopefully the process will be cheaper than the £38 billion of taxpayers' money wasted on Test and Trace."

The Cabinet Office said the app is being developed with data security at its heart and would be optional to use, with access still available to Government services in different ways if people prefer.

"Now more than ever, it is important that Government responds to people's heightened expectations about the services they use," Mr Barclay said.

"During the pandemic, people have had to interact with Government services in a variety of new ways, including the NHS app and the vaccine booking service.

"People rightly expect Government to be data-driven and digitally literate, and this will be a priority for me in my new role."

The app is expected to launch in late 2022, and could also eventually include the ability to send notifications to users when their driver's licence is about to expire or if a change in policy may affect them, for example around benefit payments.

The project is set to replace Verify, a previous single log-in system for Gov.uk which was abandoned earlier this year after failing to attract the predicted number of users despite reportedly costing more than £150 million.

Previous : EU signals end to Brexit ‘sausage wars’ with offer of new deal on Northern Ireland
Next : Asda supermarkets sell out of frozen turkeys as Brits stockpile for Christmas