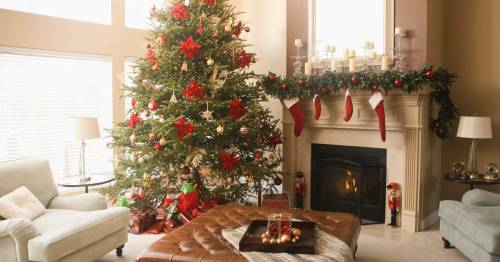 It might still be November, but it seems the festive spirit is well and truly upon us, with more people opting to put up their Christmas decorations earlier than ever before.

Obviously, 2021 has been an incredibly difficult year for so many people, so it's completely understandable why some people are choosing to extend the holiday period by putting up their trees and hanging the fairy lights.

The subject of when you should actually put your Christmas decorations up has long been a contentious issue, with some people arguing it's only acceptable to deck the halls after the 1st of December, and others believing the earlier the better – so who is right?

According to a survey, on average Brits put their decorations 27 days before Christmas
(

When do you put up your Christmas decorations and have they gone up early this year? Let us know in the comments section…

Well, according to a poll of 1,000 Brits, the answer is actually somewhere in the middle, funnily enough, with the average Brit putting their tree and decorations up 27 days before the big day.

If we're to go by that science, that means you should be getting the baubles and the lights and everything else out the loft in time for putting everything up on November 28, according to EFR Electricals, which carried out the survey.

This actually works out perfectly with traditional Christmas rules, which state that decorations should be put up at the start of advent, which is four Sundays before Christmas – this year that happens to land on November 28!

Previous : Wisconsin parade: ‘Team of dancing girls’ struck by high-speed SUV in tragedy
Next : Couple return from holiday to find ‘friend’ had barricaded themselves inside their home