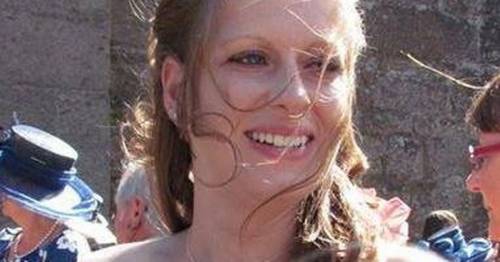 British nurse, 36, goes missing while on scuba dive with friend in Red Sea

A British nurse has been missing since she went out scuba diving with a friend on Friday.

Concerns are growing that Louise Houslip may have been swept out to the Red Sea off the coast of Egypt.

She may have been picked up by a strong current, it has been reported.

A large search operation has been launched to find Louise, with the Egyptian military joining the effort last night, The Sun reported.

A source said: “She was out with a qualified guide and suddenly she just vanished.

“The waters are mild out there and divers have been known to survive for days.”

The 36-year-old has been missing since Friday

The 36-year-old works as a nurse in Devon but was originally from Guernsey.

She is listed as previously working at the University Hospitals Coventry and Warwickshire NHS Trust.

A friend, Jo, was spreading the word about Louise's disappearance in the hope someone with information might come forward.

"(She has) not seen since 2pm local time Friday," she wrote on Twitter.

"Was on holiday diving in the Red Sea (Jackson Reef, Tiran area). We are increasingly concerned for her welfare.

"Please DM me if you have info or can help."

Tiran is in the east of Epypt, close to Sharm-El Sheikh.

The Jackson Reef is a huge tourist draw and receives thousands of visitors every year.

It is generally considered a fairly complicated place to dive that is not recommended for beginners.