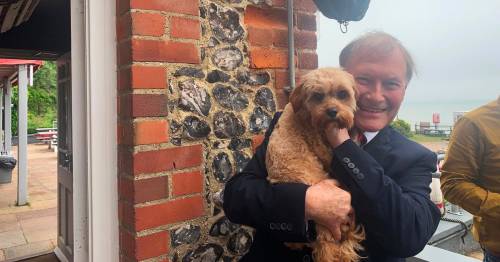 The suspect in the killing is 25-year-old Ali Harbi Ali who allegedly stabbed the much-loved MP 17 times then waited for the police to arrest or shoot him at the scene.

Ali’s family, it seems, settled in the UK after fleeing war-torn Somalia in the 1990s.

He had been referred to the counter-extremism Prevent programme because of his inflammatory social media posts. There are also reports he may have been radicalised by online material from Islamist extremist groups in the Horn of Africa, such as al-Shabaab.

The overwhelming majority of British Muslims like me detest Islamist extremism.

Islamists are different to Muslims. The former seek to politicise Islam, stamp its superiority into state structures, and place Sharia laws within the heart of institutions.

Whereas Muslims seek to practise their faith on a personal basis and within the secular framework of our society.

The vast majority of British Muslims are not Islamists.

Islamists should be viewed as preying like wolves on British Muslim communities, looking for the vulnerable and the marginalised, to inculcate them with their poisonous rhetoric.

Sadly, in the past two to three years there has been little work done by this Government on tackling Islamist extremism.

There has been no community-focused work tackling Islamist networks online or in small but vocal sections of Muslim communities. There needs to be a rapid and hard change of tack.

These networks and influencers must be disrupted.

And those in Muslim communities who want to speak out against such extremism need to be actively supported.

Time and time again, when brave British Muslims have spoken out against Islamism, they have been targeted and smeared by such networks.

This cannot be allowed to continue. There are many British Muslims willing to stand up for our country’s values and its collective safety and security.

The best message the Government can send to those who seek to harm and divide us, is there are Muslims willing to reclaim their faith from the twisted rhetoric of extremists.

This is essential for race and faith relations in our country.