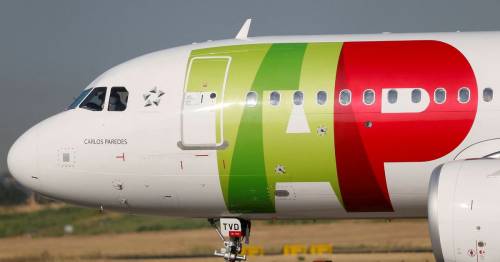 A British passenger has died of a suspected heart attack on a flight to Portugal.

The TAP Air Portugal flight from London to Lisbon made an emergency landing in Spain after the patient was found to be unconscious.

The plane touched down at Santiago de Compostela Airport in the country's northwestern Galicia region.

Staff at the airport had notified the emergency services and paramedics were dispatched to the scene.

After the flight landed, the medical staff tried to revive the man, but their efforts were in vain and he was pronounced dead at around 9.30pm on Friday (May 6).

No further details about him were reported.

The plane made an emergency landing at Santiago de Compostela, La Coruna
(

The Mirror has contacted the UK Foreign Office for further information.

It comes after another flight bringing Brits back from Spain was forced to divert to France after a passenger suffered a medical emergency last week.

Jet2 flight LS134 departed Malaga at 11.55am last Thursday (May 5) heading to Glasgow Airport, where it was scheduled to land at 2.25pm before crew declared the mid-air emergency.

A 'Squawk 7700' emergency was issued over the Bay of Biscay near the city of Lorient, with the plane descending quickly, before landing at Nantes Atlantique Airport just after 12.20pm.

Flight tracking site Flightradar24 showed the emergency call was issued around two hours into the flight.

The emergency prompted the plane to descend from a cruising altitude of 36,000 ft to just 4,000 ft in around 13 minutes.

While an easyJet flight from Belfast to Alicante was forced to divert to France due to a medical emergency after a passenger also required urgent assistance.

The easyJet flight left Belfast International Airport on Tuesday (May 3), but was forced to land in Brest, after a passenger became unwell and needed medical help.

Once the plane landed at the airport in France, the passenger requiring medical assistance was met by paramedics.

Passengers were made to wait around two hours before setting off again to their original destination Alicante.

Although the condition of the passenger seeking medical help is not known, easyJet has said that the wellbeing of its customers and crew are of its highest priority.

Previous : Woman in her 20s found stabbed to death with man arrested on suspicion of murder
Next : Another North Carolina beach house falls along the coast