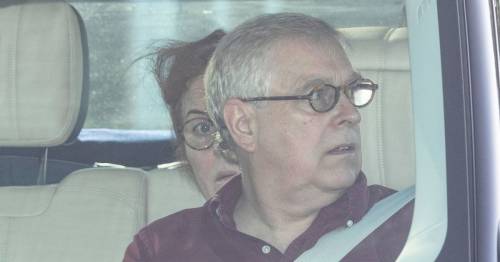 A British court could force Prince Andrew to give evidence in his bombshell sex assault US lawsuit, it was claimed yesterday.

Lawyer Lisa Bloom, who has represented victims of billionaire paedophile Jeffrey Epstein, said the prince could be compelled to testify.

Virginia Giuffre has accused the Duke of York of raping her when she was 17, which he vehemently denies.

Ms Bloom said a British judge might be required to enforce a cooperation deal between London and New York.

She said: “There are many ordinary cases everyday where citizens of the UK are required to answer questions under oath and depositions in US cases and vice-versa because we have a friendly agreement between the two countries.”

Lisa Bloom says the Duke may have to testify
(

She also insisted Ms Giuffre’s sex assault case was likely to proceed despite the prince’s lawyers trying to convince judge Lewis Kaplan that papers had not been served and that the lawsuit should be thrown out.

Giuffre, now 38, has claimed she was made to have sex with the royal on three occasions.

She says it was at the insistence of disgraced Epstein and accused madam Ghislaine Maxwell.

Epstein hanged himself in prison in 2019 while awaiting trial on serious sex charges.

Maxwell is awaiting trial for allegedly recruiting girls for Epstein.

Under the Hague Evidence Convention, English courts will help US courts get evidence from witnesses resident in England and Wales.