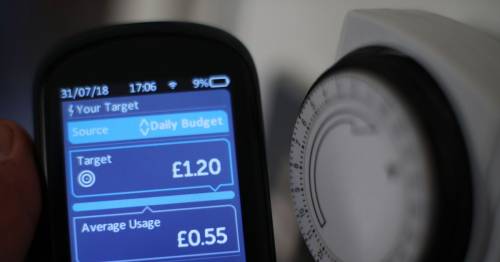 British Gas has admitted their smart meter customers have been unable to track their usage via the app and website for more than two months now.

A "glitch" meant millions of people have been unable to check their usage on the platforms during a surge in the cost of living.

The energy giant said a technical error had left smart meter users in the dark since February 16.

British Gas said a large number of customers had been in touch, but they are still receiving correct meter readings and bills should not be impacted.

It comes as thousands of customers were moved to British Gas from smaller energy firms that went bust.

A spokesperson for British Gas told Money Saving Expert : "We’re working to sort this issue and we know that keeping track of energy usage is really important to our customers right now.

Have you been affected by the technical fault? Email webnews@mirror.co.uk

"They can still log into the app as normal but the glitch is preventing them from seeing their most up to date usage information. We hope to have this fixed soon.

"This doesn’t affect bills in any way or how consumption is being recorded."

Frustrated customers have been speaking to The Mirror about their British Gas meters not working, showing large readings, having to keep the heating off amid cold temperatures and being unable to get their issues fixed quickly.

The energy giant said a technical error had left smart meter users in the dark since February 16.
(

Jamie Watkinson-Harvey described British Gas smart meters as "simply not fit for purpose" and claimed one meter showed he was using £2,400 per day.

"Ours has never worked since we moved into our new home in September 2021," he told The Mirror.

"Their actual meters have been faulty and my husband and I were successful in an ombudsman complaint for service failures during the meter issue.

"However, one thing BG have not got right is the internal smart meter that remains unfixed. Since September we are on our 7th smart meter. That is a low conservative guess.

"One model said I was using £2,400 per day in electric. The app only has electric data for February 13 and 14 now and I genuinely do not know how they intend to rectify.

"As a result of a faulty meter we have been unable to adjust any of our energy habits since moving into our new property."

He shared a photo of a day he said the meter showed £425.

Another customer, who wished to stay anonymous, told The Mirror: "Both my gas and electric are supplied by British Gas. My smart meter stopped working as of March 26."

Previous : Mum reveals 6 ways to slash your council tax bill – and who can get 100% off
Next : Horrific explanation woman who fell in love with own son gave for ‘mind-blowing’ sex