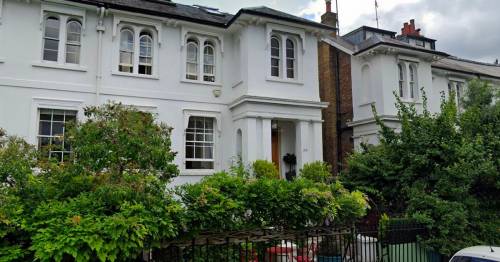 Britain's most expensive houses in 2022 have been revealed as prices soar by over 10 per cent in a year.

Average house prices across the UK increased by 10.9 per cent over the year to February 2022, up from 10.2 per cent in January 2022, according to the most recent figures.

Between the beginning of 2016 and the end of 2019, there was a general slowdown in UK house price growth, driven mainly by a slowdown in the south and east of England, the Office for National Statistics said.

The start of 2020 saw a pick-up in annual growth in the housing market before the coronavirus restrictions were put in place at the end of March 2020.

Recent price increases may reflect a range of factors including some possible changes in housing preferences and a response to the changes made to property transaction taxes across the nations.

In July 2020, the Chancellor announced a suspension of the tax paid on property purchases in England and Northern Ireland, with similar suspensions announced in Scotland and Wales.

Have you sold a property this year for over £2million? Let us know at webnews@mirror.co.uk

Average house prices have increased by 10.9%
(

In England and Northern Ireland, properties up to the value of £500,000 would incur no tax, while the thresholds for Scotland and Wales were £250,000. This may allow sellers to request higher prices as buyers’ overall costs are reduced.

Chancellor of the Exchequer Rishi Sunak
(

There was another smaller rush in September, with annual growth at 11.5% that month.

It may take several weeks for sales to be registered after completion so some sales from later in the period may not be listed yet.

The impact of coronavirus has meant that it is taking longer for sales to be registered.

The Land Registry has also warned its services are likely to be disrupted due to the pandemic, particularly the process of registering a new sale, which likely means a longer delay between the house sale completing and the record being updated at the Land Registry.

Based on the data covering the period so far, across England and Wales, there were 1,883 £1m or more sales, including 374 at £2m or more.

The Land Registry lists the price paid for every property bought at market value.

The data also includes sales under a power of sale/repossessions, buy-to-lets (where they can be identified by a Mortgage) and transfers to non-private individuals.

As the data relies on buyers, or their solicitors, registering the sale and the price paid with the Land Registry, mistakes in listings may happen, they are usually corrected at a later date.

Issues can include figures with too many digits or shared ownership prices paid for a part share listed as the whole price.

Most expensive sales in January to March across England and Wales

Previous : Gran claims she hasn’t had hot meal for seven weeks due to fly infestation in flat
Next : Chelsea crash: Woman and her three dogs killed in smash as driver, 26, arrested