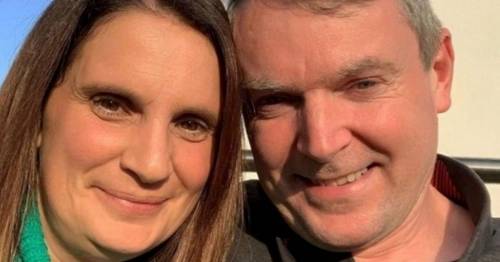 Britain’s largest family has shared some snaps of the freshly painted gate posts outside their home, only to have amused fans comment that it looks risqué.

According to the Daily Star , Sue recently launched into a DIY project, aiming to upgrade the driveway of the 10-bedroom former care home in Morecambe, Lancashire where she lives with her husband and 18 of their 22 children, along with her granddaughter Ophelia.

In a recent Instagram post, Sue was discussing the painting two posts that sit on either side of the new grey wood and black metal gate outside the home.

The 46-year-old shared an image of the posts after painting them a pale grey, along with the caption: “They do look so much better painted".

But several of the family’s 409,000 followers took it upon themselves to point out the gate posts resemblance to a certain part of the male body.

Re-posting the messages she received on her Instagram Stories, Sue said: “OMG, your messages are killing me this morning".

In one a person said: “Good job you didn’t paint them pink [grin emoji].”

And another commented: “They are very k**b like! Very nice though.”

The eldest children Chris, 31, Sophie 26, and Chloe, 25, have freed up a bit of space at the house by flying the nest.

The Radfords famously don't claim benefits from the government and live on the income from Noel's bakery business and their show.

The Radford Pie company, which is located near their family home, has recently expanded and caters for online orders made from around the UK.

Sue previously revealed her and her husband Noel have spent £1million raising their large brood and she has been pregnant for 16-and-a-half years.

She has also said that as a family, their weekly food bill had exploded by more than £100 to a total of £400.

The gate is not the only renovation they’ve plunged into this year.

Sue and Noel recently updated their family bathroom and filled their home with three £1,200 washing machines.

Sue also took to social media to share images of this project, saying: "Our new bathroom is finally finished. I absolutely love it.”