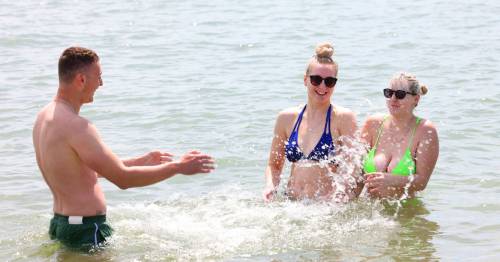 Brits are set to enjoy the hottest day of the year so far with the mercury threatening to hit 30C this week.

After an unsettled and wet May, things seem to be picking up now that summer has begun in proper.

As this week goes on the temperature will continue to tick upwards, hitting 27C on Friday.

There is a chance that the upwards trend will continue across the weekend to hit a scorching 30C.

For a short while, the unrelenting sun, blue skies and high temperatures, coupled with the starts of Euro 2020, will be reminiscent of the pre-Covid glory days of 2018 – when the World Cup and a heat wave coincided beautifully.

There's a good chance the 2021 temperature record will be broken once again if the forecast heights are met. 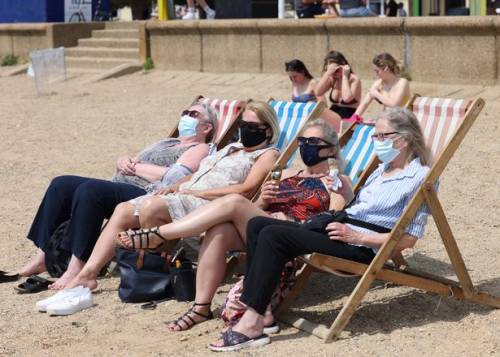 The 2021 temperature record could be smashed yet again

All good things must come to an end however, including the scorching weather.

Forecasters predict that cooler weather will arrive by the end of next week, bringing temperatures closer to the 20C mark in most areas. 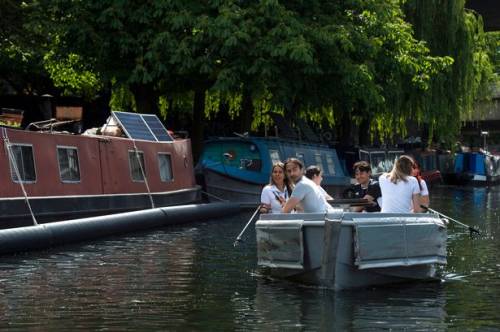 There's a chance the mercury could hit 30C
(Image: PA) 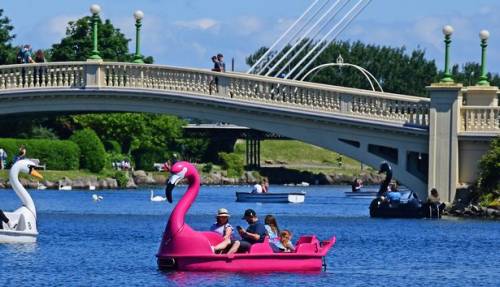 Seeking out a pedalo is advised
(Image: Colin Lane/Liverpool Echo)

"There is a realistic possibility of 30C being reached in the UK for this first time this year before temperatures dip," a spokesperson for the Weather Outlook said.

As more often than not is the case, the best of the weather will be enjoyed by those in the South East, which will see dazzling sun for the next two days.

Heavy cloud has already started to sneak in for those in the west, although temperatures will remain close to 20C even in the most overcast places.

Similar patterns will continue until the weekend, when the vast majority of the UK will have hours of uninterrupted sunshine.

This will see all parts of the country well into the 20s, if not edging towards 25C.

The balmy weather will be warm comfort for those who were forced to cut their holidays in Portugal short this week. 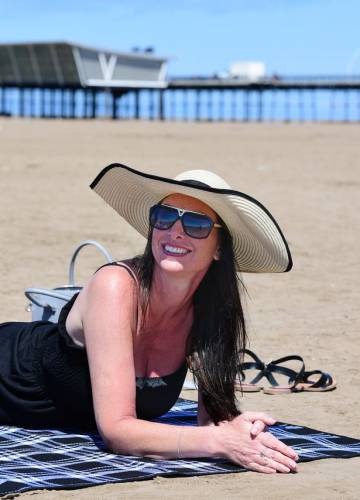 Saturday and Sunday should be perfect for a trip to the beach
(Image: Colin Lane/Liverpool Echo)

Temperatures are set to be hotter than the Algarve this weekend, with 28C to 30C in London, compared to 24C in Faro.

He said: "The maximum temperatures will come on Sunday, which will be the hottest day of the week.

"It will reach potentially 29C in the South East and London. That would make it the hottest day of the year.

"Initially the signs are showing that the mild temperatures will stick around into the beginning of next week. The dominant theme of high pressure set to continue across the UK."

Many places dry with plenty of sunshine and becoming very warm. Cloudier in the west and especially northwest where there will be some rain and strong winds at times.

Previous : ‘My lover told people I was a prostitute when our affair became public’ – Coleen Nolan
Next : Moment residents amazed as ‘unbelievable’ mini ‘tornado’ cloud spotted in the sky