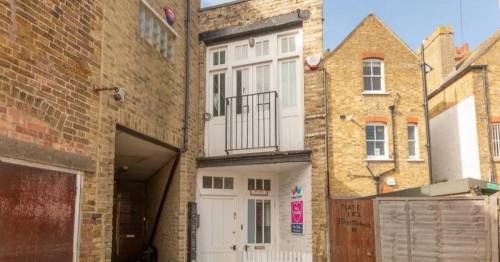 A tiny home that measures less than one metre wide at its narrowest point has gone on the market for £125,000.

The quirky property, which is located in Westgate-on-Sea in Kent, is triangular in shape at one end – making it look almost 2D from the road.

In its listing on Zoopla, the house is described as having a “simple layout” with an entrance lobby and shower room on the ground floor.

There is then another room on the first floor which is over 22ft long.

The narrowest point of the property is the entrance lobby, which measures 16ft by 6ft, slimming down to 3.1ft, or just under one metre. 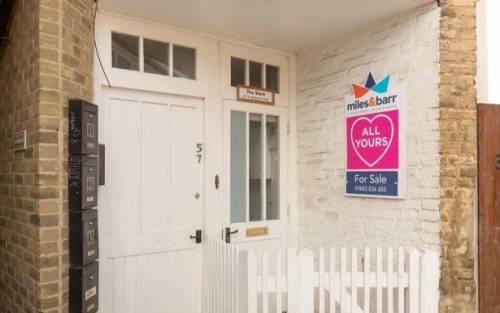 The property has been described at "unique"
(Image: zoopla.co.uk)

The estate agent selling the home, Miles & Barr, says there is the potential to turn it into a studio flat or office space, subject to planning permission.

The Zoopla listing labels it as a "one bed property".

In terms of location, the building is "only a few steps" from the shops, cafes and restaurants in central Westgate-on-Sea.

The owner will also be only meters from the train station and the beach and seafront.

The listing reads: “Westgate is regarded by some as a well-kept secret amongst the towns and villages along the north coast of Kent.

“This picturesque village with its canopied shops is a perfect base for city commuting, retail therapy in Canterbury and Westwood Cross or just enjoying the blue flag beaches or our local sea front pub.” 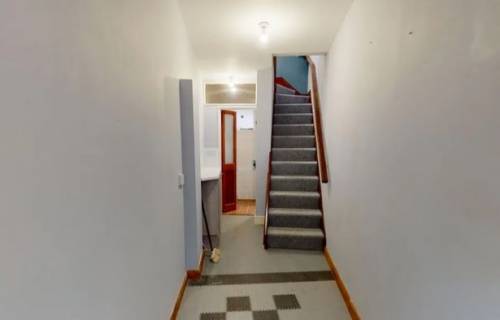 The quirky home would be ideal for one or two people living together
(Image: zoopla.co.uk) 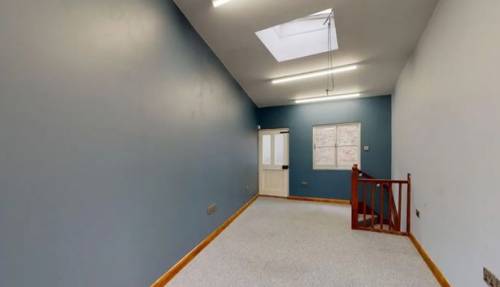 Zoopla says the home is ideal for someone looking for something a bit different
(Image: zoopla.co.uk)

Tom Parker, consumer spokesperson at Zoopla said: “This unique property, which benefits from an amazing location near the seafront and local cafes and restaurants, has plenty to offer home hunters.

“It’s also the perfect pad for a buyer looking for a home with quirky features, with the property less than a meter wide at its narrowest point.”

This isn't the only quirky property news we've reported on in recent days.

This week, a stretch of beach near the White Cliffs of Dover went to auction with a guide price of just £1.

Previous : Man who slapped Emmanuel Macron appears in court and could be fined up to £39,000 – World News
Next : John Lewis and Waitrose to give equal maternity and paternity pay and miscarriage leave