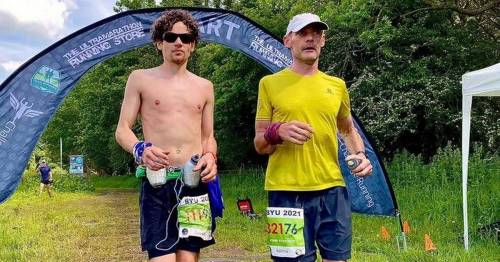 John Stocker, 41, Matt Blackburn, 35, and other participants had to run around a 4.2-mile course at Knettish Heath in Suffolk every hour until they could no longer carry on.

Mr Stocker took the ultimate honours as the last man standing more than three days after the Suffolk Back Yard Ultra started.

Organisers said Mr Stocker and Mr Blackburn, who were among a field of 123, both beat the previous world record for the extreme race. 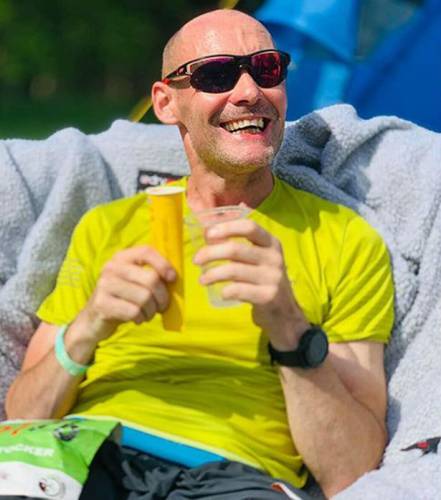 The field set off at noon on Saturday in a style of event growing in popularity where athletes complete a set loop as many times as they can.

The race featured a 4.2-mile trail loop that had to be completed inside an hour.

The distance is calculated to total 100 miles in 24 hours.

Participants must be back in time to start the next loop or they are knocked out.

When the third surviving runner called it a day after 38 laps, Mr Stocker and Mr Blackburn continued, and continued. 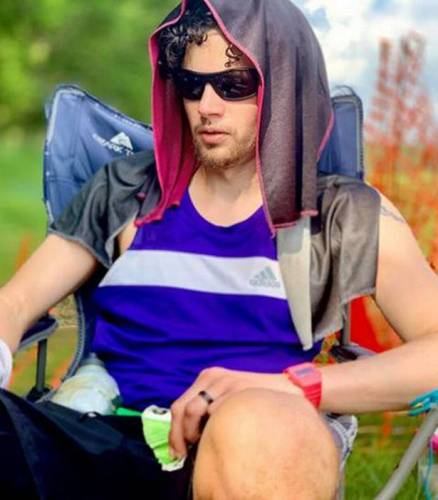 By Tuesday afternoon they passed the previous world record of 75 hours, set by Belgian dentist Karel Sabbe in October.

Ultra-runners and mesmerised observers around the world became gripped online by the astonishing performances in a small-scale event as neither man was prepared to stop.

Both runners kept completing their loop with no apparent sign of slowing down and then set out on another.

Most laps were completed in around 40-50 minutes, averaging out at 47 minutes, allowing a few minutes for rest and refuelling and to be patched up by their dedicated helpers.

The world record came and went before, finally, Mr Blackburn "rang the bell" to signal that he could go on no more and slumped into his chair having covered 333.3 miles.

Mr Stocker, however, still had to complete his 81st lap of 4.2 miles or, by the harsh rules of Back Yard events, there would be "no winner".

He duly did, as his 81st and final lap took him to an astonishing final distance of 337.5 miles, finishing after 8pm on Tuesday.

Both men were acclaimed on social media, with people worldwide struggling to find the superlatives to show their appreciation of the extraordinary feat.

"What these guys have achieved is pretty incredible," race director Lindley Chambers told the BBC.

"I knew we had the calibre of people taking part and I personally thought we'd do 50 or 60 loops but these guys have gone beyond my expectation and have gone further than anyone else in the world competing in this format."

Mr Stocker collected a small glass trophy and a "No DNF" memento for being the only contestant not to register a "Did Not Finish".

In the downbeat style typical of such events, Mr Blackburn's reward for one of the most astonishing feats of endurance seen for years was a small metal dog tag embossed with the words: "I gave it my all and came up short".