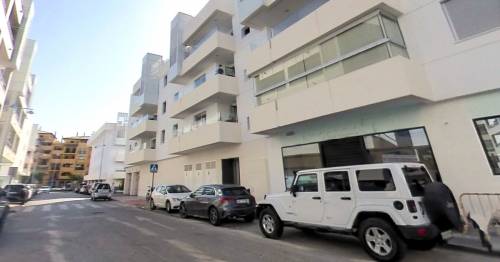 Brit teen, 16, leapt out of car and off 30ft bridge after hippy crack and booze binge

A British teenager jumped out of a moving car and threw herself off a 30ft bridge on the Costa del Sol after binging on hippy crack and alcohol, it has emerged.

She broke both her legs in the fall, which happened following a night out with friends in Puerto Banus, near Marbella.

Hours later, laughing gas was also linked to a near-tragedy involving a 31-year-old British man, who was critically injured in the same area after he tried to leap from his third-floor tourist apartment balcony into a swimming pool below and missed.

It comes after police linked the death of a third Brit, a 23-year-old found lifeless in his Marbella home by firefighters, to the consumption of laughing gas, local newspaper Sur reports. 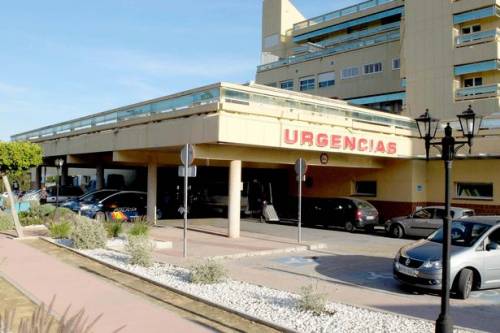 The victim was rushed to Hospital Costa del Sol in Marbella with serious injuries
(Image: SOLARPIX.COM)

An autopsy found the expat had choked on a piece of paper he had accidentally swallowed.

Laughing gas capsules and a balloon used to inhale them were also reportedly found by his body when firefighters forced entry to the property on May 11 after concerned calls from his family.

Police investigators are said to be convinced the drug played a part in his death.

The teenage girl rushed to Marbella’s Costa del Sol hospital on Sunday is said to have suffered a complete memory blackout about the events that led to her admission to A&E.

She leapt from a car she was sharing with two males on a Spanish motorway and jumped from a bridge more than 30ft above a golf course.

Spanish police yesterday issued a warning about nitrous oxide as they linked it the two incidents earlier this week, although they made no mention of the earlier death in an official statement. 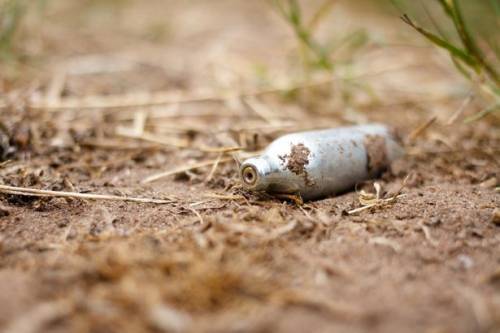 The girl had been binging on laughing gas and booze before the accident
(Image: Getty Images)

A spokesman for Spain’s National Police said: “The National Police alerts people to the dangers linked to nitrous oxide, otherwise known as laughing gas, after two serious accidents in less than 24 hours of youngster who had costumed the substance.

“The alterations produced in the nervous system by the gas, and the delirium and hallucinations frequently sparked by its consumption, could have caused both episodes where a minor and a young British man threw themselves into the abyss in Marbella.

“Investigators have ruled out the existence of a crime in either case.

“The first incident happened last Sunday when a minor jumped out of a moving vehicle and then threw herself off a bridge, ending up in a hospital in Marbella with serious injuries.

“Investigators have discovered the girl had been drinking alcohol and consuming laughing gas with female friends before the incident.

“Hours later, on Monday afternoon, a 31-year-old British man plunged from the third floor of a holiday apartment in San Pedro de Alcantara near Marbella.

“Before leaping from the balcony, he was partying with friends and consuming nitrous oxide and alcohol.

“The severe injuries he suffered led to him being admitted to an intensive care unit at a hospital in Malaga.”

None of the three Brits involved in the incidents have been named.

Investigators could not be reached early this morning for comment about the Brit death last month which had previously gone unreported but has now been made public.

Nitrous oxide is a colourless, odourless gas used in surgery and dentistry for its anaesthetic and pain reducing effects.

On average around five people a year are said to have died in the UK in recent years after inhaling the gas. Using the gas can result in death if it is inhaled in such a way that not enough oxygen is breathed in.

While the pure gas is not toxic, long-term use has been associated with vitamin B12 deficiency and its symptoms including tinnitus and numbness in extremities.

Nitrous oxide slows down peoples’ brain and responses. Auditory and visual hallucinations have also been reported by users.

An inquest last September heard the August 6 2019 death of Rory Wai was “most likely” linked to "hippy crack", a slang term for the gas.

The 18-year-old was found dead in his bed at his home in Essex by his brother William just nine days before he was due to receive his A-level results.

His mum Sally Anderson-Wai, from Wivenhoe in Essex, said after paying an emotional tribute to the teenager following the inquest hearing: “We hope this might act as a deterrent to young people who might think twice about taking drugs or experimenting with laughing gas.

"I never even knew that laughing gas could be used in that way. There should be a campaign to make people aware of the dangers.

"I hope that even one person who may have been curious about trying it, sees what happened to my son, and is dissuaded.

"People think laughing gas is okay, but it's really not."

Hit-and-run driver Gary Haffenden, 21, was jailed for three years in April for killing a restaurateur in front of his wife and children after sucking on a balloon thought to be filled with laughing gas at the wheel.

Reading Crown Court was shown the footage of him sucking on the balloon moments before the smash ahead of his incarceration.

Previous : Death of star will trigger game of cosmic pinball as nearby planets bounce away
Next : BOJ may extend pandemic-aid schemes to support fragile recovery