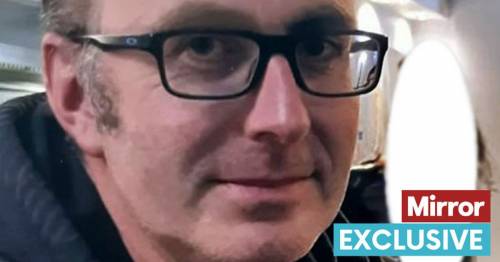 One of the Army ’s most senior doctors is believed to have taken his own life after spending months treating Covid patients.

Lieutenant Colonel Andrew Haldane, 45, was an Afghan War veteran and a consultant anaesthetist at the Queen Elizabeth Hospital in Birmingham.

Devastated colleagues have described the married dad as “brilliant” and told of their shock.

One officer said: “I think it’s fair to say no one saw this coming.

“Andrew, like many of those working in the NHS, had been under a great deal of pressure but no one knows why he decided to take his own life.

“He had served in Afghanistan and many other theatres, and was a very well balanced bloke.”

Lt Col Haldane during an outdoor challenge with his pals

Lt Col Haldane, from Ombersley, Worcestershire, did not return home after finishing a shift on June 6. Police found his body in a country lane in Abberley, about eight miles from his home, two days later.

He is believed to be the most senior officer to have died from a suspected suicide in 20 years.

During the pandemic, he set up a specialist intubation team at the hospital, which helped save hundreds of lives.

Lt Col Haldane served in 16 Medical Regiment, which supports the Paras and the special forces.

Queen Elizabeth Hospital is where troops wounded on operations are treated. The site is also home to the Veterans’ Mental Health Complex Treatment Service. Former colleagues from the Army and NHS paid tribute.

One tweeted: “He was one of the loveliest people I ever met. Awful, awful tragedy for his family and everyone who worked with him.”

Another said: “Andrew Haldane was a good man. He was more than good enough for anyone who knew him. If you ever feel like you’re not good enough, please reach out.” Anna Harding, from Wythall, who works in NHS critical care, added: “Devastated by the news. Thinking of all medics and their tireless dedication to our health service, often at the expense of their own selves.”

An inquest into Lt Col Haldane’s death was opened and adjourned last week. West Mercia Police said there was no third party involvement.

The People’s Save Our Soldiers campaign is fighting for better mental care for serving personnel and veterans.

The Army said: “It is with great sadness that we can confirm the death of a soldier in Worcestershire on 8th June.

“Our thoughts are with the soldier’s family and friends and we ask that their privacy is respected.”