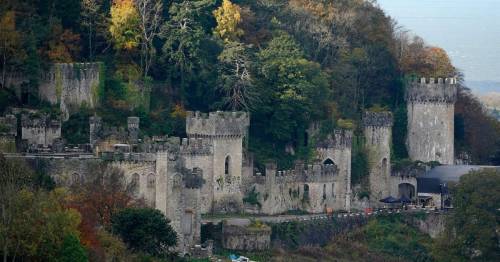 A man has been killed in an alleged hit-and-run near to the castle where I'm A Celebrity is being filmed.

Richard 'Ritchie' Williams, 63, was struck by a black BMW on the A548 in Pensarn, north Wales on Saturday night, police said.

Gwrych Castle, where the hit reality show is currently being filmed, is roughly two miles away.

North Wales Police said three people, whose ages have not been given, were arrested in connection with the incident.

Ellie Gizzie, the victim's daughter, posted a heartfelt plea for information about the culprits on Facebook.

She said: "Such a cruel way to be taken. My heart is in pieces."

The tragedy is the second road collision to happen near to the castle.

Last year a woman was killed while trying to take pictures as the I'm A Celebrity set was lit up at night.


An inquest heard that Sharn Hughes, 58 was standing in the road when a car came around the corner at approximately 60mph.

She suffered catastrophic injuries and most likely died instantly, it was said.

The hearing also ruled that the driver realistically could not avoided the collision.

As a result of Sharn's death, new measures, including a reduced speed limit of 30mph from 60mph, are now in place on the stretch.

Police are appealing for witnesses over Saturday's incident.

A statement said: "North Wales Police were made aware of a collision in the Pensarn, Abergele area when a pedestrian had been struck by a black BMW. The vehicle did not stop.

"The vehicle was located a short time later and three persons were arrested. They will be interviewed later today.

"Emergency services including police and the Welsh Ambulance Service attended but sadly, despite best efforts, the 63-year-old local man succumbed to his injuries at Ysbyty Glan Clwyd.

"The Senior Coroner for North East Wales has been informed."

Sgt Raymond Williams added: "I offer my profound condolences to the family of the pedestrian at this difficult time.

"We are currently investigating this incident as a fatal road traffic collision and ask that any witnesses who have not already come forward to contact the police with any information or dash cam footage.

"I am particularly keen to receive any dash-cam footage from vehicles that may have seen a black BMW travelling from Rhyl towards Pensarn between 9.30pm and 9.40pm last night (Saturday 20th November).

“I would like to thank road users for their patience and understanding whilst the road was closed to allow our officers and a Forensic Collision Investigator to secure evidence from the scene."

The new series of I'm A Celebrity – which is being filmed in Wales due to the pandemic – began last night.

Previous : Widow of farmer killed by his own cow ‘heartbroken and devasted’ after tragedy
Next : Allan Saint-Maximin gives verdict on Eddie Howe and new Newcastle tactics