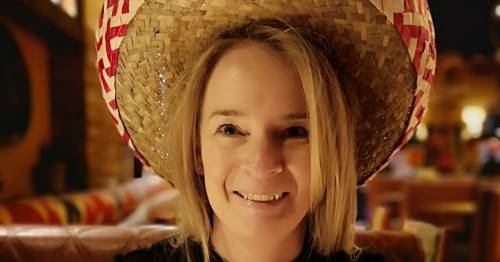 A mum-of-four who was told she had a brain tumour the day before her daughter's wedding kept it a secret so her family could have a nice day.

Kelly Doran from Garston went to the hospital with her husband, Gareth, where she was told she had a brain tumour, at the time believed to be stage three on November 18.

The very next day she was at her daughter's wedding acting as if everything was fine to make sure her family had the best day possible.

Three days later she sat the family down and told them the devastating news, the Liverpool Echo reports.

The 44-year-old has had a series of health problems in the last six months, with the former NHS employee having a number of complications following surgery in December that saw surgeons remove a chunk of the tumour.

Her eldest daughter, Georgia Foreman, told the ECHO about the heartbreaking news her mum has received.

The 26-year-old student nurse said: "In October she had a seizure and no one had a clue what was going on. An ambulance came because she wasn't breathing properly.

"She was taken to hospital and because she had epilepsy as a child they put it down to that and sent her home with epilepsy medication. She had another seizure a few weeks later but was told by the hospital if it didn't last a certain amount of time and she came around okay she should stay at home.

"Then on November 18, she and my dad went to an appointment the day before I was getting married, didn't tell anyone and three days later they sat us all down and told us that she had a brain tumour."

In January, Kelly, mum to Georgia, Chloe, 22, Sophie, 13, and Buddy, six, began her chemotherapy and radiotherapy treatment to treat the stage four glioblastoma.

But during a four-week chemotherapy break, she developed bacterial meningitis that has pushed her treatment back indefinitely with doctors wanting a fourth eight-week break depending on whether the growth of the tumour begins to accelerate again.

The family are now raising money in order to explore treatments further afield, with Georgia claiming that the method of treatment has not changed in two decades.

She said: "After doing research we found that the treatment for glioblastoma hasn't changed in 20 years so it's a basic package of radiotherapy and chemo.

"The two together can shrink the tumour, especially if it's inoperable, but because it's such an aggressive tumour I feel like there's not a lot of funding that goes into it in the NHS. As my mum puts it, you feel like they're waiting for you to die.

"There's not a lot they can do in the NHS and there's not a lot of evidence that other treatments do work but in the likes of Germany and America there is extensive research into this type of tumour and they've had some success stories."