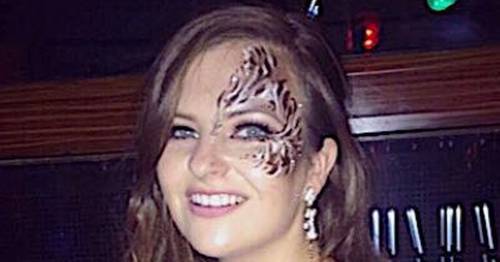 Brave jogger Ashling Murphy, 23, fought for her life which could provide vital clue

Brave Ashling Murphy may be able to identify her murderer beyond the grave after bravely fighting for her life and securing vital DNA evidence.

The 23-year-old music teacher was killed as she went jogging along a canal, but detectives say she could help bring down her attacker.

The Gardai in Ireland confirmed they have the killer’s DNA after she fought for her life him the brutal attack in Tullamore on Wednesday afternoon.

And that DNA evidence will be crucial in linking her attacker to the shocking murder.

“Her attempts to defend herself resulted in us having the attacker’s DNA.

"She fought him. That will be crucial,” a source said.

She was a 23 year old teacher

And as gardai focus on a new suspect who was being treated in a hospital in the east of the country yesterday, sources also confirmed that detectives have secured DNA and fingerprint evidence from the bicycle that they believe is connected to the killing.

The Falcon bike was recovered by gardai in Tullamore shortly after Ashline was strangled and has now been forensically examined.

Gardai say they have made significant progress and sources believe they are close to making a breakthrough in the coming days.

Superintendent Eamonn Curley speaks to the media near to the scene in Tullamore, Co Offaly
(

Although there has been no fresh arrest in the massive murder investigation, sources have confirmed a suspect has been identified.

More than 24 hours after the killing a man handed himself in to a hospital in the east of the country some distance from where Durrow National School first class teacher Ashling was murdered.

Vigils have been held today across Ireland and in London to pay tribute to the young teacher who lost her life.