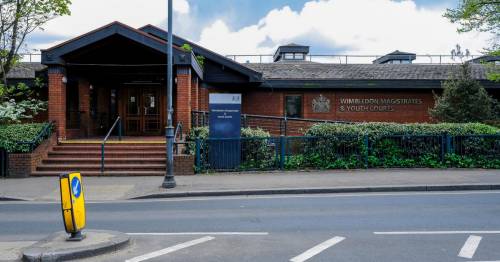 Three boys who robbed two teenagers and forced them to carry out sex acts on each other at knifepoint have all avoided jail.

Both victims, then 16, were shown a knife in one of the boys' waistband and told by him: "If you do anything, you are going to get it".

The mugger, who was 14 at the time of the attack and is now 16, then ordered the victims to take off their trousers and perform sex acts on each other, before asking them: "Which one of you wants to die first?"

He admitted two counts of robbery and two counts of causing someone to carry out sex acts without consent, while a 17-year-old admitted the same charges on the first day of trial and another 16-year-old was convicted after a trial.

At a sentencing hearing today, a judge told the youth with the knife that he had come "very close" to being jailed, but was saved by comments from his mother and a youth worker who said he had "turned his life around".

It was said he has removed himself from gang life and peer pressure by moving into new accommodation away from his home.

The two other teenagers convicted of the same charges were said to have played lesser roles in the incident, which happened in September 2018, but were charged on a "joint enterprise" basis. 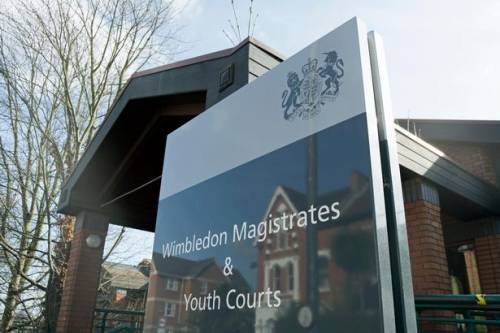 Members of the gang then put their arms around the shoulders of both boys and pulled them down the road into a dark alleyway, Wimbledon Magistrates Court heard
(Image: Alamy Stock Photo)

The 17-year-old was said to have filmed the incident on his phone and uploaded it to Snapchat, where a group of boys can all be heard "jeering and encouraging the sexual abuse", the court heard.

Wimbledon Magistrates' Court heard the two victims, who were 16 at the time, left a house party and were walking along a main road in Richmond, south west London when they saw a group of males "paying attention" to them.

They fled to a petrol station when one of the group shouted at them and they all "put their hoods up" before walking towards the victims.

Prosecutor Jenny Osbourne said: "The males followed them to the garage and waited outside. After a while the victims were asked to leave the garage if they were not buying anything."

The court heard one of the gang grabbed one victim's bag and asked what was in it and "patted him down" before removing his phone from his pocket.

With the victim in tow, the group took him over to the other victim where they tried to ask him the password to his phone.

Ms Osbourne said: "One of the defendants lifts up his shirt and says 'if you do anything you are going to get it'. 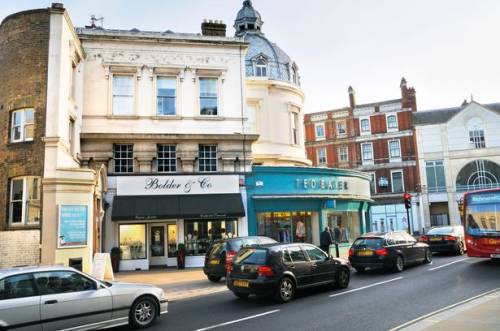 The attack happened in Richmond, south-west London, after the victims had left a house party
(Image: Alamy Stock Photo)

"He shows a hunting knife which is in the waistband of his trousers. The implication was that they would be stabbed if they didn't comply with him."

Members of the gang then put their arms around the shoulders of both boys and pulled them down the road into a dark alleyway.

The youth with the knife is said to have told them: "If you move or show any sign of hurting I'm going to bang you even harder."

The prosecutor said: "The other males were blocking their exit and preventing them from leaving the scene.”

The court heard that following this, the knifeman demanded that both victims pull down their trousers, remove their boxer shorts and perform sex acts on each other.

Ms Osbourne continued: "The victims asked to leave and the defendant pulled out his knife which they had seen earlier and said "'which one of you wants to die first?'."

One of the victims ran away and was helped by a member of the public, while the other was eventually allowed to leave.

In a victim impact statement, one of the victims said: "It was a shock and made it difficult to go out. At the time I was really scared about what would happen to us.

"It's a thing that plays on my mind. I feel like there is a difference in me from before and after it happened. I am more introverted, meeting new people is a struggle and I find it hard to talk to them.

"I find myself being worried if I see groups of people on the street. Since the attack I have found myself more scared."

The other victim said in their statement: "I remember feeling scared at the time, when I saw the knife I thought I was going to die.

"When walking outside past groups of people if they are wearing hoods or if they are rummaging in their pockets, I think they will get a knife out and my heart will race.

"I take taxis and don't want to risk walking or public transport. I guess I feel like I lost trust in people. I have lost faith in humanity. I won't travel to see friends at night. I think we both wanted to pretend what happened didn't affect us.

"When asked I can say I was mugged but nothing else. I find it really uncomfortable to talk about."

The court heard the youth with the knife was said to have several previous convictions including one for battery in February 2018, where he demanded a victim do "star jumps" and "get on his knees".

He was also handed a youth rehabilitation order after admitting a different robbery in November last year.

One of the 16-year-olds was handed a rehabilitation order for 12 months and the 17-year-old who filmed the attack was handed a 12-month referral order.

The 16-year-old knifeman was given an 18-month rehabilitation order.

District Judge Andrew Street told him: "I was satisfied in my mind the offence you committed, taking into account all of the other convictions you have, passed the custody threshold.

"As far as I was concerned you had to go into detention. But that was before I heard from everyone and I was persuaded that's not the right thing to do, that's how close you were to going into detention."

All three will also be on the Sex Offenders Register for two-and-a-half years.

Judge Sweet said: "Those two boys will carry with them what happened for the rest of their lives. They didn't need to be put through what you put them through."

Previous : Prince William ‘glad’ European Super League cancelled – and fans were ‘listened to’
Next : ‘He will be dearly missed by so many’: Doctor among 2 victims in fatal Tesla crash