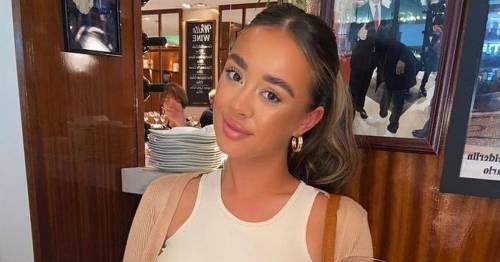 The boyfriend of a social media influencer who died in a horror tunnel crash is fighting for his life in hospital, it is reported.

Paige Rice, from Birmingham, was a passenger in an Audi S3 which crashed into a taxi in the Queensway tunnel in Birkenhead in the early hours of Sunday morning.

The driver, who is believed to be 23 years old and from Liverpool, is described as being in a critical condition in hospital.

The Liverpool Echo reported that Paige's boyfriend was critically injured in the smash.

The taxi driver, a man in his 40s, also suffered serious injuries but his condition is not believed to be life threatening.

Paige was described as 'incredibly popular' with many friends
(

It is believed that the Audi S3 was involved in another crash before the fatal collision in the tunnel at about 12.30am.

Matrix Inspector Mark Worrell, from Merseyside Police, said: "Our thoughts go out to the family of the woman who died and those who were injured in this collision.

"The incident is currently under investigation and I would ask anyone who saw anything prior to the collision which could assist our enquiries to get in touch.

"It is believed that prior to entering the tunnel the Audi had been in collision with another vehicle on the Hunter Street roundabout. We are currently examining a number of lines of enquiry."

The Birkenhead Tunnel (Queensway Tunnel), Liverpool after the fatal crash
(

In an emotional tribute, Paige's mum Clare Rice said the 22-year-old was visiting her boyfriend in Liverpool on the night she died.

Clare described her daughter as "a beautiful woman inside and out."

A tribute shared with BirminghamLive read: "Paige was just so full of life. She lived life to the full. She was a beautiful woman inside and out. Her smile would light up a room."

She added: "Paige was incredibly popular and had so many friends. She loved the attention but not in an arrogant, bad way.

"She loved dance and drama and as a young girl went to the Valentine Theatre School where she made lots of friends and their friendships continued to this day.

"Paige left the dance school when she was a teenager but carried on her love for dancing on nights out. She was a real party girl."

More than £30,000 has been raised since Paige's death to help support her family and give her a 'send off she deserves.'

More than a thousand people have donated including Manchester City player, Jack Grealish, who donated £5,000.

Clare said: "Paige was visiting her boyfriend in Liverpool when she died. I am still in shock at the moment and the only thing that is keeping me going is the incredible support and lovely tributes that people have left on social media. It shows just how loved she was.

"Paige and myself had spoken recently about death and she told me that if she died to remember that she lived life to the absolute full. And she did."