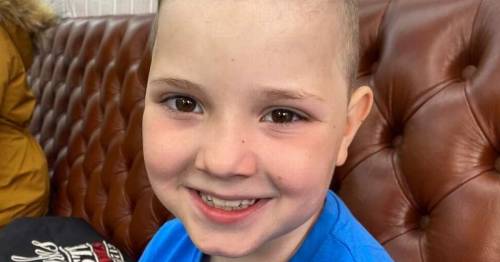 Boy, 8, told headaches were ‘anxiety’ now has brain cancer and can no longer talk

A brave schoolboy was told his severe headaches and sickness were down to anxiety before being diagnosed with brain cancer and can no longer speak.

Lucas Pook-Parsonage was seeing double when his mum Gemma rushed him to A&E at Derriford Hospital, Plymouth, to be initially told he had the emotion disorder.

But later the same morning a consultant requested a CT scan which showed the eight-year-old had a "large growth" on his brain and he was quickly airlifted to Bristol Children's Hospital.

There he underwent emergency surgery to drain fluid from his brain to relieve pressure and increase his comfort levels, reports Plymouth Live.

Lucas, from the port city's Lipson ward, underwent further surgery two days later on May 13 to remove the growth after it was confirmed to be a tumour.

You can help fundraise for the family here. 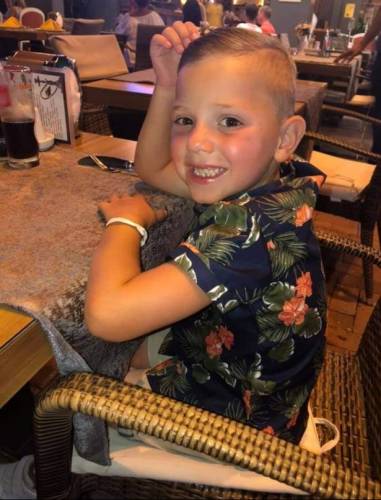 An operation to remove the tumour was aborted after Lucas went into anaphylactic shock
(Image: Gemma Pook/BPM MEDIA)

However, he suffered anaphylactic shock and the op was stopped.

He has since been diagnosed with Posterior Fossa Syndrome and Medulloblastoma which is a form of cancer.

Family friend Toni Davis – who set up a GoFundMe page in the hopes of raising £3,000 to support the family – said Lucas spent a week in the hospital's high dependency unit after the aborted op while part of the tumour was sent for a biopsy.

She explained he had developed cerebellar mutism meaning he is now "unable to speak, swallow, open both eyes, or move his arms and support his own body". 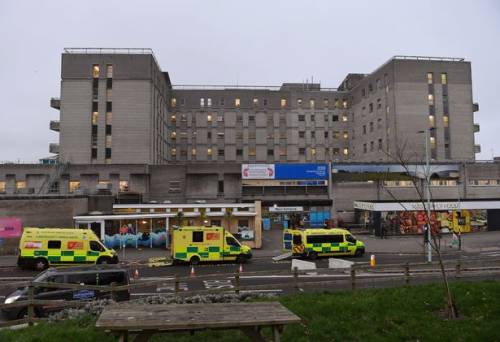 Heartbreakingly, the results of the MRI came back and Gemma and Lucas' dad Ben were told it was malignant cancer, meaning more treatment was needed.

But due to the little boy's deteriorated health he needs to become "stronger" before he can undergo the life-saving treatment, Toni explained.

He is currently having regular physiotherapy and speech therapy, to help build his strength and it is planned he will start radiotherapy next week, then will later go on to have chemotherapy.

"There's still no knowing if he will recover from the tumour removal or what stage the cancer is….until further tests can give that information to them," Toni wrote.

Gemma and Ben were sleeping on chairs for almost a week at the hospital, as they have no accommodation.

Added to that the parents also have two other children 121 miles away at home who they have struggled to see due in part to neither being able to drive.

Toni wants to raise as much as possible to help with expenses, including travel, as well as caring for their other kids.

You can donate to the cause, here.