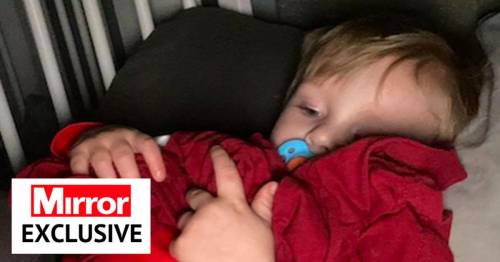 Boy, 2, hugs dad’s T-shirt every night waiting for him to be freed from prison

A toddler cuddles his dad's T-shirt every night in bed as he waits for him to be released from prison.

Kevin Hutchinson, 35, was sentenced to six years in custody for his part in the robbery of a taxi driver in Essex last September – leaving little son Riley to grow up without him.

Girlfriend Emma Fox, also 35, said her partner has already “missed out on so much” with the tot, who turns two in July.

Hutchinson was held on remand immediately following the incident and faces another three years at HMP Highpoint, in Suffolk, before he's eligible for parole.

“It isn't a long time in the grand scheme of things, but when you sit here and think three years your partner and my son without his dad is a long time,” Emma, from Billericay, told the Mirror.

“When Kevin left on that day, [Riley] wasn't even walking and now he's walking, eating solid food, he's laughing and starting to say his first words – he's missed all of that.”

Lockdown restrictions mean Emma and Riley have not been able to visit Hutchinson in prison and she worries that their close bond may be broken.

Do you similar story to Emma and Riley? Let us know at webnews@mirror.co.uk? 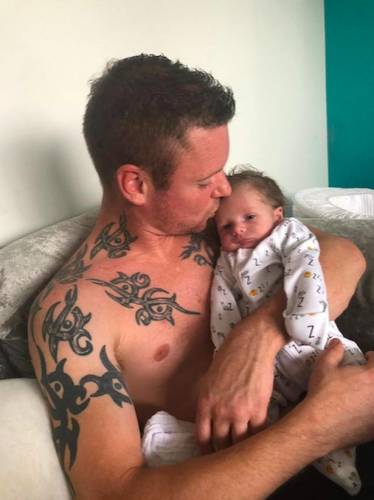 “Taking him to see his dad for the first time is going to be really hard. I don't know if he's going to want to go to him or acknowledge him,” she said.

Hutchinson, a mechanic, has a phone in his cell and Emma said he rings home multiple times a day, with Riley immediately recognising who it is.

“When the phone rings, he does go 'Dad-Dad'. And we've got pictures around the house, next to the bed, and we've got the T-shirt of his and he cuddles that every night.

“So he knows who dad is but I think obviously the longer it's left it's going to take a toll.”

Riley shares his dad's passion for motors and "won't play with anything else" except his toy cars, said Emma.

"It reminds me of his dad," she added. 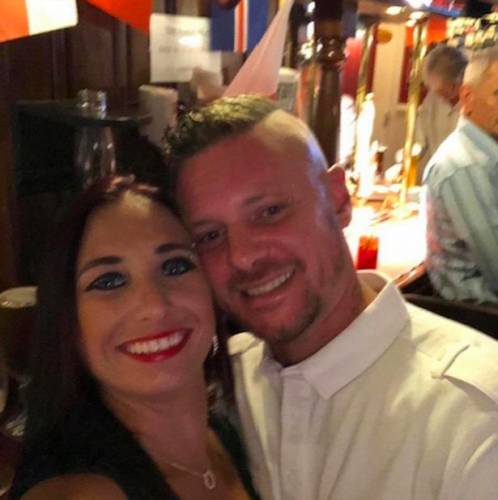 Emma, who began a relationship with Hutchinson three years ago, explained her partner had slipped into a bad place due to struggles with his mental health prior to being jailed.

He has been an alcoholic much of his life, but his time in prison has forced him to remain sober.

Emma is desperate to ensure, as he gets older, Riley understands his dad needed help and was not an entirely bad person.

“Having that conversation with a young child is not going to be the easiest,” Emma admitted.

“Not everyone in prison is bad, some of them are just lost and when they fall into addiction they do things that they wouldn't normally do.

“And if people like Kevin got the help before it got to this point he wouldn't be where he is today, I know that for a fact. He's been failed.”

Hutchinson's own dad died when he was 21, which Emma said he struggled to come to terms with and eventually began to drink. 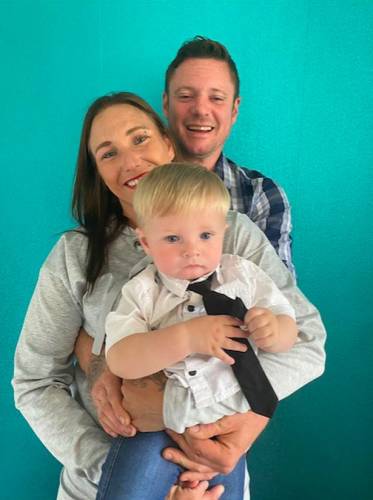 Emma has been faced with raising Riley alone after Kevin was jailed this year
(Image: Emma Fox)

This led him down a path of petty crime, including criminal damage, before things came to a head last year, she said.

“We went to alcohol services and they dismiss him,” claimed Emma. “Even tried to get himself sectioned but they wouldn't help him.”

She claimed an NHS mental health nurse told her he couldn't be helped until he got himself sober, which Emma feels leaves them in a Catch-22 situation.

"How can an alcoholic be sober if there are underlying mental health issues? He used alcohol to blot out trauma, heartache and stress," she said.

“He's a victim – I know he's done wrong but he's a victim in that he hasn't had the help that he's begged for and cried out for. He has the biggest heart.

“He hasn't seen his son since September when he got arrested and all he wants to do is see his son but he can't even do that at the moment.”

Emma said due to the pandemic much of the counselling and other rehabilitating services available to Hutchinson in prison have been stopped.

“He's on the phone, so, so down and it's so hard to hear. He's asking for doctors appointments but they keep getting cancelled. They've taken him off medication, put him on [other] medication. There's no stability. 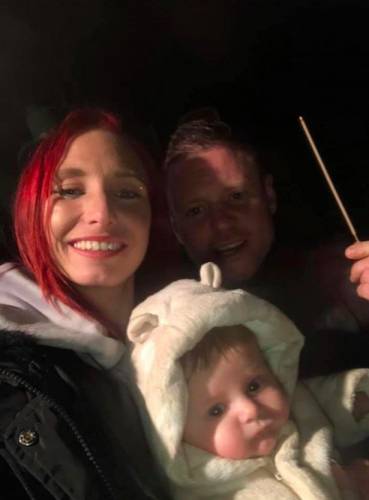 Emma said she wants to teach her son that not everyone in prison is a bad person
(Image: Emma Fox)

Emma has also hit at out at the prison after medication, including citalopram and diazepam, were stopped without him being seen by a doctor.

"He is having trouble sleeping and gets depressed and anxious on a daily basis but seems the prison does not want to address his mental health," she explained.

An appeal against Hutchinson's conviction, which also includes a further four years on extended licence, has been rejected.

Referring back to the incident in September, Emma said she and Hutchinson had “fallen out many times” due to his drinking problems when he would often go on “three-day benders”.

And it was no surprise when she didn't hear from him for a few days following the robbery in the early hours of September 12.

But when she got a call from the police she knew it was serious.

According to the Basildon Yellow Advertiser, Hutchinson and another man got into a cab in Wickford before the driver was strangled with a charging cable and his phone was stolen.

Emma said her partner claimed to have drunk a bottle of whisky, cider and other alcohol prior to getting into the taxi, and had little recollection of the crime.

He, along with his co-defendant, were sentenced on February 9 at Basildon Crown Court.

“He's now a different person since he's been off the drink,” said Emma.

“He's even said how much he feels in himself. He's getting confidence.”

Hutchinson must “prove he's no longer a threat to the public” before he can be moved into Category D when he can eventually apply for day release to come and see his family, she added.

A Ministry of Justice spokesman said: "Vital support for prisoners has continued throughout the pandemic, and more programmes are restarting as restrictions ease."

Previous : Husband charged with murder of wife found in septic tank 40 years after she vanished
Next : RuPaul’s Drag Race star takes to TikTok to share surprise passion for maths