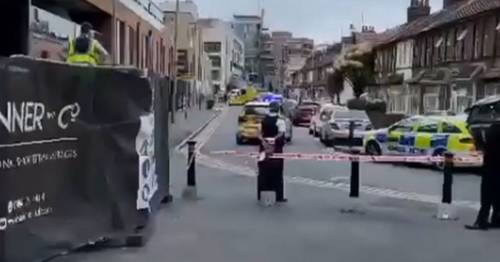 A 15-year-old boy has died following a stabbing this morning near in west London 'during the school run.'

Detectives have opened a homicide investigation following the fatal stabbing in the borough of Hillingdon.

Officers were called at 8.34am to a report of a fight on Blyth Road in Hayes where they found a teen at the scene suffering from multiple stab wounds, Met Police said.

Despite the efforts of paramedics from the London Ambulance Service and Air Ambulance, the boy sadly died at the scene.

Police have detained a suspect and no further details were being released at this stage, the Met's statement said this morning.

According to witnesses, students of nearby Global Academy were "running about" after the fatal attack took place, MyLondon reports. 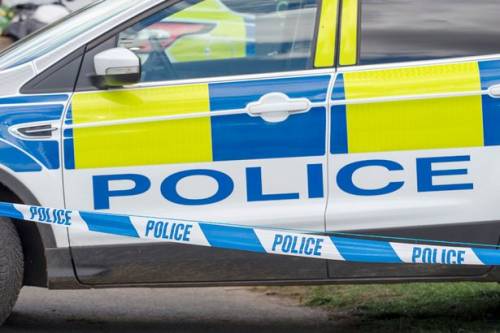 Police have opened a homicide investigation following the teen's death

Hillingdon police commander, Chief Superintendent Peter Gardner, said: “I am deeply saddened to hear of the tragic loss of a child’s life to knife crime in Hillingdon.

“This incident, that claimed the life of a 15-year-old boy, took place during this morning’s school run.

“A family has been devastated and the effects of this terrible incident will reverberate throughout our communities.

“As a parent of a teenage boy myself, I cannot imagine the pain the family is going through and I offer our full condolences and support.

“Police patrols today and throughout the weekend have been enhanced in order to provide a more visible and reassuring presence for the public. If you have concerns please do approach my officers and speak with them.

“Local officers will support our homicide detective colleagues and I thank the public for their patience as officers deal with the crime scene and local enquiries.

“We work tirelessly with our borough Partners and communities to challenge violent crime and to stop the loss of young lives to knife crime.

“More widely, across London in the coming months, a large scale operation will run throughout the summer to challenge and suppress violent behaviour, but we need the help of parents, carers and anyone with information about those carrying knives to come forward.

“A homicide investigation will be launched following this morning’s tragic incident. Please work with us to prevent further young deaths by sharing what you know.”

A post-mortem examination will be held in due course and formal identification has yet to take place, the Met added.

A crime scene has been set up and cordons remained in place around the area in the hours following the death.

Anyone who witnessed this incident or has information is being urged to call police on 101 or Tweet @MetCC quoting reference Cad 1681/11Jun.

To remain anonymous contact the independent charity Crimestoppers on 0800 555 111.