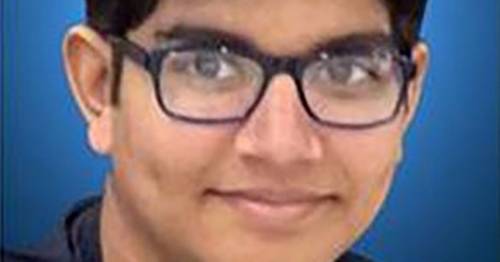 Boy, 13, found dead in river after search despite agonising efforts to save him

The family of a 13-year-old boy who was found dead in a river said “there will not be a day where we will not miss him”.

Aryan Ghoniya was found near Melingriffith water pump in the River Taff, Whitchurch, Cardiff, on Tuesday at 5.45pm after a huge emergency services operation to find him.

Roughly an hour earlier emergency services received a report of children in the river and that one boy was missing, Wales Online reports.

Police, paramedics, the fire service and lifeguards were all involved in the search which residents said included a helicopter that flew back and forth “very close to land”.

Aryan was found an hour later and could not be resuscitated.

A family statement issued on Wednesday said: “Our family is devastated by the tragic death of Aryan but we are touched by the way the community including the police and other emergency services have been trying to support us. Aryan was our little professor – brilliant at maths and an all-rounder.

Tributes including flowers, balloons and cards were left on the banks of River Taff in Cardiff
(

“He was very academic with a warm and loving personality. There will never be a day where we do not miss him.”

Some left balloons, tributes and flowers for Aryan beneath the bridge on Wednesday afternoon.

Specialist police were also pictured in the area following the incident.

One tribute at the scene read: "You never know the last time you'll see a place or a person. You'll always have a place in our hearts."

One read: "Rip Aryan, you will be missed so much by everyone, you never failed to put a smile on our face. You will be in our hearts forever."
(

Another letter said: "You will be missed so much by everyone, you never failed to put a smile on our face and you will be in our hearts forever."

Police were blocking access to a footpath near the scene on Wednesday afternoon as the police diving team were to begin further investigations.

Samantha Camilleri, who has lived in Whitchurch for much of her life, recalled Tuesday’s incident: “There were sirens going off constantly and I’d realised immediately that they were looking for someone. The helicopter came down very close."

Emergency services at the scene
(

She added: "Everyone knows one another here and it will come as a huge shock to the community. Those poor parents too – absolutely heart-breaking.”

Another woman living close to Forest Farm Road where emergency services were initially posted before relocating to the water pump said she had initially thought the incident was a forest fire due to the “sheer volume of fire engines”.

They added: "It was quite obvious something very serious had happened.”

Whitchurch and Tongwynlais' joint Labour councillors page shared its own tribute to Aryan.

They said: "Our hearts go out to the family and friends of the 13-year-old boy who has died. It is clear there was a rapid and significant response from emergency services and we await further detail."

A police unit on the scene
(

According to the National Water Safety Forum there were 26 deaths in Wales from accidental drowning in 2021 across inland and coastal locations. In 2020 there were 25.

It is the second river death in south Wales in less than a month, after the body of another 13-year-old, Kane Edwards of Morriston, was found in the River Tawe, near Swansea Enterprise Park, on May 24.

On Tuesday evening Detective Inspector Abi Biddle said: "At 4.45pm today, Tuesday June 21, a report was received of children in the River Taff near Forest Farm Road, Whitchurch, Cardiff and one boy was missing. An extensive search was carried out by police, fire, ambulance, coastguard and the police helicopter.

“The missing 13-year-old boy was located in the river at around 5.45pm and, despite the efforts of the emergency services, he was unable to be resuscitated.

Previous : Polio spreading in Britain for first time in decades as national incident declared
Next : Mum devastated after taking pregnant dog to vet only for all seven puppies to die