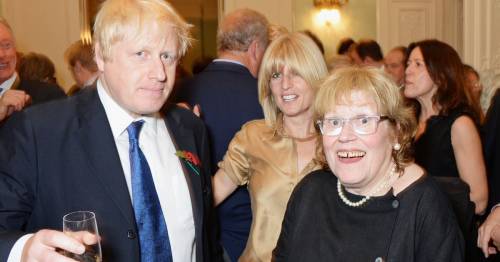 Boris Johnson's mother has died at the age of 79, it has been announced.

Professional painter Charlotte Johnson Wahl died “suddenly and peacefully” at a London hospital on Monday, according to a death notice in The Times.

The Prime Minister has previously described her as the “supreme authority” in his family.

Speaking at the 2019 Conservative Party conference, he told grassroots Tory activists that his mother had taught him to believe in “the equal importance, the equal dignity, the equal worth of every human being on the planet”.

Mr Johnson led Tuesday's Cabinet meeting and Covid press conference, despite his sad loss, and No10 said there were "no plans" for him to take bereavement leave.

Ms Johnson Wahl's death notice acknowledged all six of the Prime Minister's known children, including Stephanie, who was the subject of a court battle over revealing her fatherhood.

Labour leader Keir Starmer posted a message of condolence to Mr Johnson on Twitter, and the PM thanked ministers for their condolences at Cabinet today.

During their 16-year marriage, she suffered a mental breakdown and was admitted to a psychiatric hospital where she remained for nine months.

She married the American professor Nicholas Wahl in 1988 and moved to New York.

Mrs Johnson-Wahl was an acclaimed portrait artist despite being diagnosed with Parkinson's disease aged just 40.

Mrs Johnson-Wahl told The Telegraph in 2015: “My older sister was terribly clever, as was my younger brother.

“My parents didn’t know what to do with me so they gave me some paints and I turned out to be good at it. Once I started I couldn’t stop.”

She went on: “When I paint people I am trying to capture what is unique about them, what makes them and nobody else.

“Once you’ve found that you’re well on the way.”

The paper reported how she recalled deciding to give her eldest child his now famous name.

"When I was three months pregnant, we travelled to Mexico City by Greyhound bus,” she said.

“It was very uncomfortable, I was desperately sick.

“We stayed with a man called Boris Litwin, who drew me aside and said, 'You can't travel back like this, here are two first-class air tickets'.

“I was so grateful, I said, 'Whatever the baby is, I shall call it Boris'."

But she later changed her mind and called him Alexander Boris de Pfeffel.

"At Eton, his friends discovered his foreign name and everyone started calling him Boris – even the beaks [teachers],” she recalled.

“But everyone who's known him since childhood calls him Alexander.

“If I were to call him Boris it would mean something was really serious."

The PM's siblings all call him “Al” in private.

Sign up for our daily newsletter to keep up to date with all the essential information at www.mirror.co.uk/email.