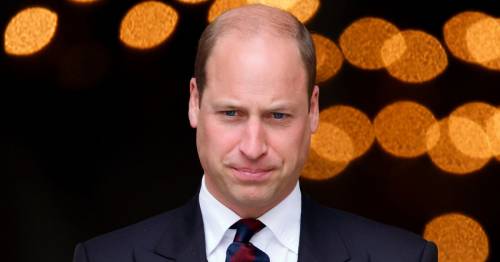 Prince William has been slammed as "petulant" by Boris Johnson's ex-girlfriend, who has criticised both William and senior royals for "petty family squabbles" after the Queen' s Platinum Jubilee.

The Duke of York was forced to remain out of sight during Monday's Garter Day procession after a "family decision" was taken to limit his appearance to a behind-the-scenes lunch and investiture ceremony.

He was understood to have been left ”crushed and confused” at being barred from the event having thought he had been given the green light to attend, according to a royal expert.

It came after the Royal Family were placed front and centre over four days of celebrations for the Queen's Jubilee.

Prince William and his father, Prince Charles, stepped in for the monarch, 96, at various points over the celebrations after she was forced to pull out of a number of events due to experiencing "some discomfort".

It appears tensions have risen since the bumper four-day bank holiday weekend, with Boris Johnson's former girlfriend Petronella Wyatt, the daughter of Lord Woodrow Wyatt, a close friend of the Queen Mother, questioning whether the celebrations were a “fond farewell to the monarchy”.

She believes that the monarchy will struggle to outlast Queen Elizabeth II given the recent rifts and spats within the family.

“The Queen’s heirs can’t hold it together," she wrote for the Daily Mail.

“Charles thinks he’s leader of the Opposition, William is petulant and their family petty squabbles are in the papers almost daily.

“This would not have happened on Prince Philip ’s watch.”

Petronella Wyatt, the ex-girlfriend of Boris Johnson, has questioned whether the monarchy will outlive the Queen
(

It's understood that Andrew's Garter Day absence came after William and Charles lobbied the Queen to keep him away from significant Royal Family events, the Daily Express reports.

Meanwhile, The Sun claimed the Duke was told his absence would be for “his own good”, while both William and Charles, the direct heirs to the throne, stressed the danger of a “backlash” should he have attended.

A royal expert also claimed that Charles was "resistant" to Andrew attending the Order of Garter service so his wife Camilla would not be upstaged.

Petronella Wyatt and Boris Johnson in 2006
(

Prince Andrew was forced to sit out the service of thanksgiving at St Paul's Cathedral during the Jubilee on June 3 after testing positive for Covid-19 the day before.

Royal expert Katie Nicholl said William and Charles were both “adamant” that Andrew should not return to senior royal duties.

Instead, William and Charles want to "ride this wave of goodwill" brought about by the Jubilee, and not be sucked in to "Andrew and his scandals overshadowing the good work the rest of the family is doing".

The Duke of York stepped down from royal duties in the wake of a sex scandal earlier this year.

He denied the allegations against him and later came to an out-of-court settlement with his accuser.

The settlement is not an admission of guilt.

Previous : Family escorted off plane by police after FOUR flight cancellations in 48 hours
Next : Grieving woman posts advert to cuddle stranger’s dog – the replies are amazing