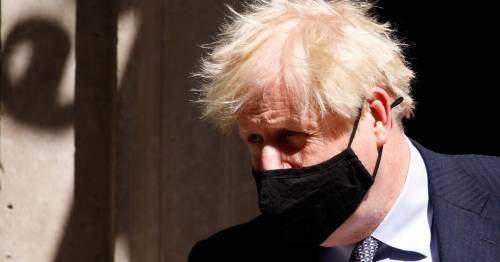 Boris Johnson has warned the vaccine rollout may not be enough to go ahead with unlocking on June 21.

Speaking in Cornwall ahead of the G7 summit, the Prime Minister said the governemnt will reassess the data on Monday – with a week to go before the earliest date for the next stage of the Covid-19 lockdown roadmap.

"The reason we do the steps on the roadmap with five week intervals is really to give us time to look at all the data as it comes in and assess the state of the pandemic before we go forward to the next step," he said.

"So on Monday that four-week period will be up and we'll have a look at where we are."

He added: "I think what everybody can see really clearly is that cases are going up, in some places hospitalisations are going up and I think what we need to assess is the extent to which the vaccine rollout, which has been phenomenal, has built up enough protection in the population in order for us to go ahead to the next stage.

The number of coronavirus cases in the UK has risen by 74% since this time last week with another 7,540 infections recorded.

Today's increase was the highest daily jump since the end of February, when 8,523 cases were reported on February 26.

Another six deaths were recorded today, the latest government data shows, a decrease from last Wednesday June 2 when 12 more deaths were reported nationwide.

The UK's daily case numbers then rose by 4,330 – rising by more than one-third compared to the same day the previous week, when 3,180 cases were reported.